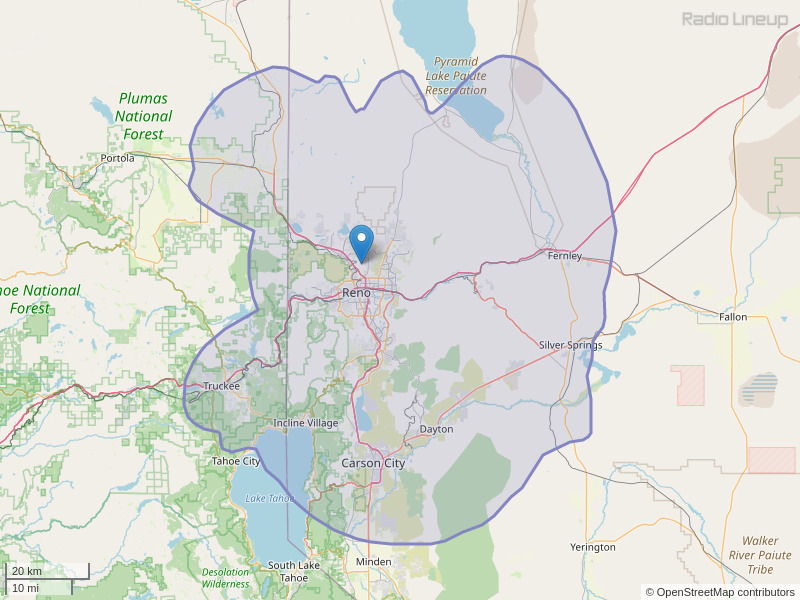 I am a true wolfpack fan and I would like to listen to the game on the internet when the games for not on TV. Can you guys please fix the radio station so people like me can enjoy the games.
By: Trace Dutra on October 15, 2011

I agree, Trace - I don't own a "standard" FM radio as all my radio usage is online. It would be great to listen to streaming Wolf Pack broadcasts - and all the rest of 94.5 ESPN programming too! Thanks!
By: D. Pierce on March 8, 2012

I'm in Florida and I'd also like to listen to the Wolfpack games streaming. Guys there's a market for it wake up!
By: Greg on September 16, 2012

Ditto!! I listen to most radio on my iPhone and really hate missing the Wolf Pack broadcasts!
By: Barbara on August 29, 2013

TELL DON MARSHANE TO GET A LIFE. HE IS TOO MUCH A HOMER. IT'S TIME TO MOVE ON WHEN YOU LOSE BOTH YOUR GAMES IN THE TOURNAMENT.
By: Anonymous on June 5, 2015

MEDIA ADVISORY January 20th, 2016 ATTN: NEWS/ASSIGNMENT/PHOTO EDITORS MEDIA ADVISORY FOR JAN. 22nd NEVADA DREAM MINOR LEAGUE FOOTBALL VIP MEET AND GREET FRIDAY JANUARY 22, 2016 Who: The Nevada Dream Semi-Professional Football Team What: 2016 Season VIP / Media Meet and Greet. The evening’s activities include food, film, and fun with team Owners, Coaches, Players and Staff. Giveaways, autographs, interviews and photo opportunities are planned. Digital Media Kits are available for download and use on www.nvdreamfootball.com When: Friday, January 22, 2016 6pm to 8pm Where: Peppermill Resort, 17th Floor Sierra Room About: The Nevada Dream is a non-profit, Minor League football team and proud member of the United Football Alliance. Established in 2012 by two local retired professional athletes with the intention of giving local young men a second chance at achieving their dreams, the organization now donates all proceeds by providing scholarships to under-served youth in Nevada. The Dream also offers an occasion to be scouted for Jr. College, College or University scholarships, as well as an opportunity to be selected to audition for a professional arena team or an NFL Combine. In its inaugural season, The Nevada Dream competed in the GSFL West Division and won its way to compete in the GSFL Championship. That same year they were declared Champions of the California Football Civil War. The Nevada Dream consists of some of the areas greatest and undiscovered talent, ranging from high school to professionals. The team is composed annually of top talent within the Reno and greater Reno area. They represent what our community would expect of any organization that dares to bare our proud NEVADA name. For More Information, contact Larry Silva at (775) 741-9132
By: Larry Silva on January 20, 2016

to Spencer Wilson. Re: on the road today but wanted to point out the major difference between the NBA and MLB and Covid..... the MLB can make up the lost games because they can play double-headers....the NBA cannot...big advantage MLB...@ziggyff
By: tom frieder on January 13, 2021