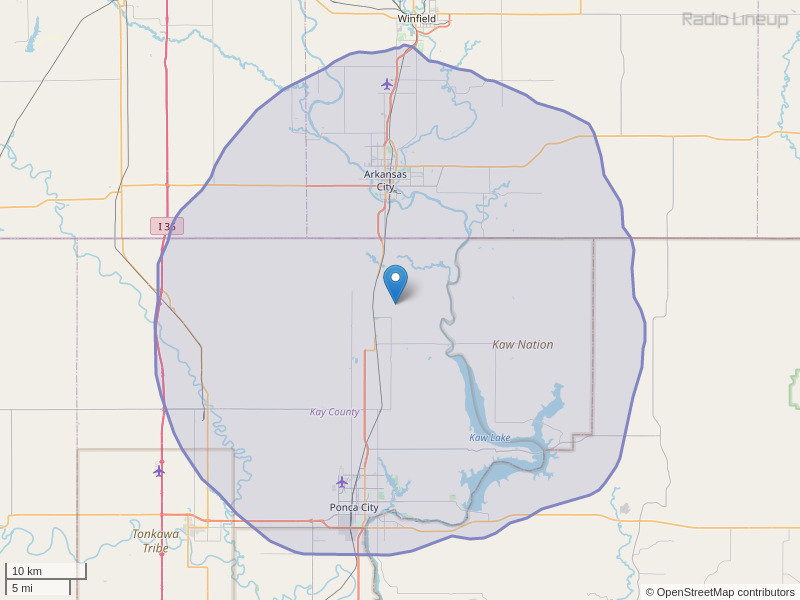 If you have a community calendar, we have 2 upcoming events at Cornerstone Bible Fellowship that we would like to have included. Camp Kilimanjaro Vacation Bible School, An Epic Expedition Through Proverbs at Cornerstone Bible Fellowship, 3725 E. 9th Ave., Winfield Monday, August 10-Friday, August 14 at 6:15-8:45pm For children age 3 through grade 6. For more information or to register call 620-221-2722. ‘Love Winfield’ Block Party at Cornerstone Bible Fellowship, 3725 E. 9th Ave., Winfield Includes an evening of live music, evening meal and refreshments, door prizes, inflatables & is all free! Sunday, August 30 from 5:30-8:00pm All area residents are invited to come join us! (Bring lawn chairs or blankets) For more information, call 620-221-2722.
By: Jo Little on July 28, 2015

To Whom It May Concern, This is to announce that a live to be released nationwide video is going to be filmed in Cedar Vale on Saturday, September 19. The new band Pastor Mike and the Demon Slayer Blues Band is going to be using various locations around Cedar Vale for the video for the song On My Knees. The video is being filmed and edited by popular Pensacola Florida filmmaker Mark Furches. Mark is popular for his style of video and especially skateboard videos. This video is going to be different though. The video will follow a young biker and his girl friend who are having issues. The biker visits a church, (New Hope Church in Cedar Vale is the location for the church) and come across a church service where he changes his life. The people of the church come together to assist the young man in getting his life together. The video will involve various bikers from South Central Kansas and will also be using drone shots for the video. The song is already released as a single on over 150 formats around the world. After the video shoot there will be a all ages welcome concert at Hewins Park starting at approximately 7 PM. No alcohol will be permitted on the premises. The concert will feature, in likely their last concert, the International Blues Hall of Fame band Big Mac Combo. After their performance, the band Pastor Mike and the Demon Slayer Blues Band will be introduced in their first full concert. This band is unique in that it features Blues Hall of Fame member Mike Furches, who is also a member of Big Mac Combo. Mike has worked in one capacity or another with numerous bands, from early Jesus Music band The Rob Cassels Band, to others like Rez or Resurrection Band, The Outlaws, Steppenwolf, Marshall Tucker Band and others. Also as a part of the Demon Slayers is Thomas "Jeff" Foster who has been with Mike for over 30 years. Jeff has experience playing with The Beach Boys, Percy Sledge, The Drifters and others. He turned down a touring job with Travis Tritt and has played with Mike in other bands for many years. There is also Ryan Potts a former student at the Wichita State University School of Music on guitars, Troy Mahan on drums who has played with many Wichita based bands, Shawn Britton a former student at the Julliard School of Music and at present time Paul Bland on Washboard, who has also played with numerous Wichita based bands. The early reviews for the initial self titled album, Pastor Mike and the Demon Slayer Blues Band have been fantastic, including rave reviews from members of the Blues Hall of Fame as well as international Blues publications. Kansas musicians have said about the album and the few partial performances the band has made, "Pastor Mike and the Demon Slayers are going to be the Buzz of Kansas." and another, "We have needed this kind of music for a long time, there is no one doing this type of thing in Kansas, I love it." There have also been reviews such as the following. "There is everything from Country to Blues to songs that have a good Old Timey feel. This is certain to become a regular in my rotation of music." - Bruce Fry, Blues Hall of Fame Member from Pennsylvania "You're a great artist, this has such a deep honest projection of emotions, most artists can't reach that far." - Steve Morse "Gorgeous, I love It." - Bill Glover, Founding Member of Petra "I really liked it. Very well put together album." - Skip Frye, Blues Hall of Fame, guitarist for Charlie Daniels Band and others. The concert is free and we are also asking area residents to be available for the video shoots at the church and at the park. We are also looking for as many motorcyclists as possible for several scenes. For more information contact Mike Furches at (316) 258-3952 More information is attached to this email. Interviews are also available by making phone calls to the number listed above. Two songs are available for download on over 150+ Services, they are also available at the following links Country Nights, which is already receiving airplay on various stations by Mike Furches a bonus track on the album And On My Knees of which the video will be that is being filmed by Pastor Mike and the Demon Slayer Blues Band Both are available for listen on YouTube and others.
By: Mike Furches on September 8, 2020