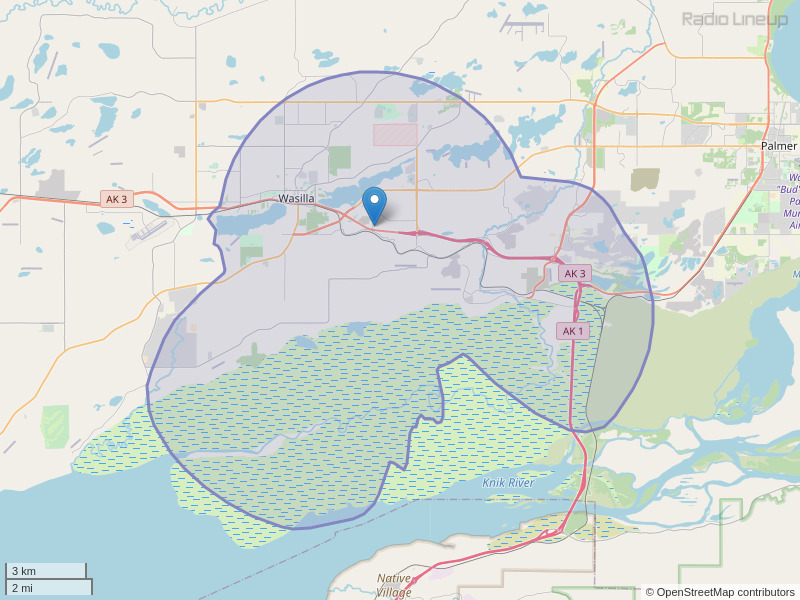 The post by Burke is totally inappropriate . I can only assume the Burke has no respect for anyone or anything. Please remove this post.
By: J.T. Borgman on January 29, 2016

Untrue! I respect lots of things and people. For example, I respect the CRAP out of this LP radio station. I do not, on the other hand, respect internet finger wagging. Lighten up!
By: Burke on January 29, 2016

You guys are a breath of fresh air to Alaska. Wow what a treat to not hear idiot djs and commercials played at the same time by all the other stations. Thank you
By: Wes W on June 4, 2016

Tuned in to this station and it was a total surprise will be listening to you in the future
By: Tom Hammond on February 28, 2018

Stumbled across your station while working in Chugiak... awesome surprise! Takes me back to a simpler day, great music, refreshing format. Keep it going!
By: Jon Tucker on May 27, 2018

What happened to my favorite radio station? Come back on the air with more wattage Did the Catholic station complain no one listens to them anyway
By: Thomas Hammond on July 18, 2018

Big space on the dial in my truck. Many people are hoping you get back in the aur!
By: Burke on August 16, 2018

Yay! Kept checking randomly and you're back on the air. Signal is way stronger too. My favorite station!
By: Burke on November 12, 2018

Thanks for listening! After over three long years of delays, finally launched the website with streaming audio earlier today so my limited 100 watt range now reaches most of the planet. I can't link it here or tell you to go to a site titled Mountain Of Rock dot something or another . . . Are we perfectly clear on what I'm telling you NOT to do?
By: 94.1 KEGR-LPFM on April 10, 2019