City of License:
Fort Worth, TX 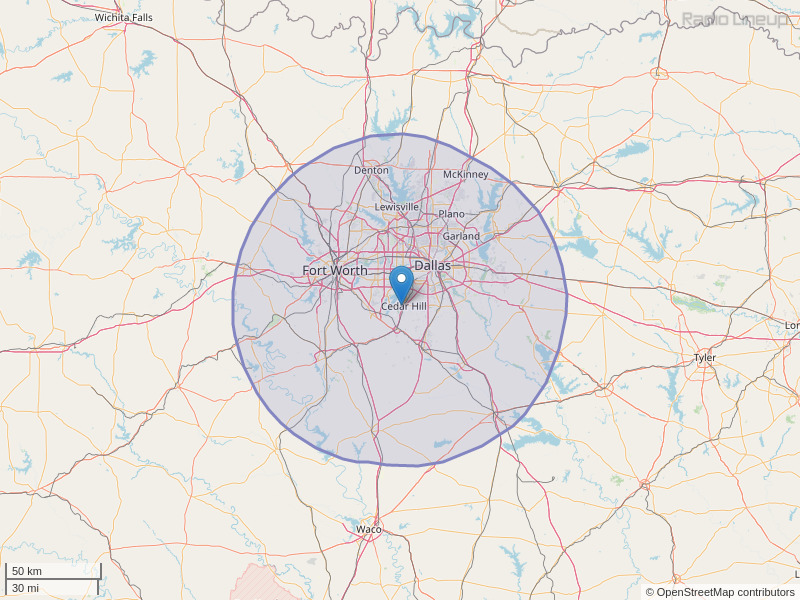 Hi,I would like to obtain information on how I can join or get a job in la que buena radio station,I am interested in becoming part of the team being that I am new to Dallas
By: Juan Guerrero on July 11, 2011

We have food trucks and could help with your promotion, giving food to your listeners. Please call me Randy 469-446-2267. Please check out the chanel 8 News DayBreaker Truck.
By: United Caterers on January 3, 2012

I would like some information about posting job openings on your radio station and how much it would cost.
By: Sylvia on June 11, 2014

Hello I am trying to recruit 20 to 50 bilingual or not people to staff the back of some well known DFW hotels ... (housekeepers, houseman, laundry, etc.) How can I advertise on your radio station or any of your sister radio stations as well please contact me at (817)261-3824 Thank you ,
By: Janice Acevedo on October 17, 2014

I can you offer a $100 reward to your listening audience for finding or recovery of my friend's 2003, Deep Blue Pontiac Vibe, license plate # TPJ135 possible rear driver side window broken out. Stolen sometime between 7am and 10am on January 21st. Thank you. 469-274-6854 PLEASE PRAY FOR RECOVERY OF THIS CAR. IT HAS THE ASHES OF HER DECEASED FATHER IN IT.
By: Lynnette on January 21, 2015

Good afternoon. I am interested in advertising with your station or you coming out to our community in Joshua TX. We sell refurbished manufactured homes and also have some 2015 homes that came Please call me we may be interested in a radio spot or see how you do your advertising. 817-405-8449 cell.
By: Anita on February 11, 2015

Hi! I 'am currently recruiting for 10+ warehouse workers to do loading/unloading and picking orders on/with an electric pallet jack mostly 1st shift $10.10/hr and can work in a refrigerated environment. Very fast paced and only interested in detail oriented candidates. Please email me the details in regards to what you need, costs, and any other information you require form me to advertise on the air?
By: Carmen on March 12, 2015

I'm a angel for God. In numbers God takes children from one month old upwards You'll have to take care of body's to they.return and for God sake don't bury you children they are not dead they in a trans state DONT bury CHILDREN
By: Raymond wall on May 2, 2015

Hello, DRI is recruiting for various positions for our printing company located in Arlington TX. Please email me the details to advertise recruiting on the air.
By: Enrique on May 21, 2015

For immediate release The International Museum of Cultures, the only contemporary cultural museum of indigenous people in Texas, is hosting its first Fall Festival of International Cultures and Cultural Films from September 12th through November 14th. This Saturday, the Fall Festival of Cultures will focus on Mexico. The museum will feature guest speakers on specific cultures, cultural exhibits, food, music and dance from 11:00 am to 5:00 pm. Our Special Guest Speaker this Saturday will be Mario Trevino. In December 1969, Mario was one of three students who led a 200 Mexican-American student walkout in Crystal City when the school board denied their charges of discrimination and refused to act on them. The United States Department of Justice sent a team to intervene in the crisis and the federal officials negotiated a settlement that obliged the board to meet most of the students' demands, including bilingual, bicultural education, better testing programs, and more cultural celebrations. We will also show a short documentary of the Walkout in Crystal City. This was one of the first events in Texas that enhanced Bilingual Education. From 7:00 pm to 10:00 pm, a film related to Mexico will be viewed in the museum’s community room. This Saturday’s film is Under the Same Moon, a 2007 Mexican-American drama of a mother who illegally immigrates to the USA. Her 9-yr old son travels to the U.S. to find his mother after his grandmother passes away. Rated PG-13, 104 minutes. Dr. Anne Perry of the Art Institute of Dallas and Tim Perry, film director and producer will provide an introduction before the film and a discussion after the film. General Admission is $ 5.00 for the entire day and are available at: www.eventjoy.com Child care available during the film in our Education Center for $5.00/child. Call the museum to reserve a spot for your child For more information, call 972-572-0462 or email info@internationalmuseumofcultures.org
By: International Museum of Cultures on September 29, 2015

Good Day to you, am inquiring some information about your radio station. If this is possible, please send me you circulation area and the price. I really appreciate any information that you can send me. This is the radio station that i will like to advertise on KLNO 94.1 FM and am inquiring about. Again Thank Stella My name is Stella Mitchell i can be reach at this (214) 628-0497 ThanksKLNO 94.1 FM
By: Stella Mitchell on November 3, 2015

I am looking for someone to be a live in nanny in Dallas who is from Nicaragua. They do not have to speak English but they must have a drivers license and like children. They must be legal to work in the USA. The family will go to Nicaragua every summer so the nanny will be able to see their family in Nicaragua all summer. Please call 214 906-3776 and ask for Paula.
By: paula schwartz on January 28, 2016

your D.J. Karen La Coquette is racist. On Sat July 16 2016 she was at Trophy Nissan Mesquite Texas,She went above and beyond to make sure the other couple nor I would win even having a yelling match with the older gentleman yelling she would not let me win after drawing my name again.This Karen Croquette is a disgrace to your station and I have reported her actions to Trophy Nissan which I have purchased two cars from.
By: SHERRY SCOTT on July 21, 2016

Quikrete Companies is looking to hire people for different positions in our Alvarado TX. plant. I'd like to get some info about your rates on advertisements.
By: Humberto Ramirez on August 10, 2016

We would like to have your station come out and support our Community Event on October 8, 2016 if at all possible, even if just for an hour. The event will take place from 10AM to 1 PM. Thank you
By: Joel Aguilar on September 19, 2016

Hi, I live in Ft Worth and I am looking to hire a latin nanny. How much would it cost to place an ad on your radio station? Thank you Heather
By: Heather Yoder on October 27, 2016

Hello, I have a restaurant in Arlington. I'd like to get some info about your rates on advertisements. Thank you!
By: Michelle Duong on January 8, 2017

I am interested in advertising on your radio station for truck drivers in the West Fort Worth Area. Please send me information and cost for the ads.
By: Ward Campbell on April 20, 2017

We are open you are welcome to come to plaza broadway it will leave you with your mouth open
By: Plaza broadway on July 5, 2017

How do we go about getting a help wanted ad on your radio station? We are a small paint/body/mechanical shop in need of a couple of workers. Any help you could give would be greatly appreciated. Thank you, Lynne
By: robert on October 19, 2017