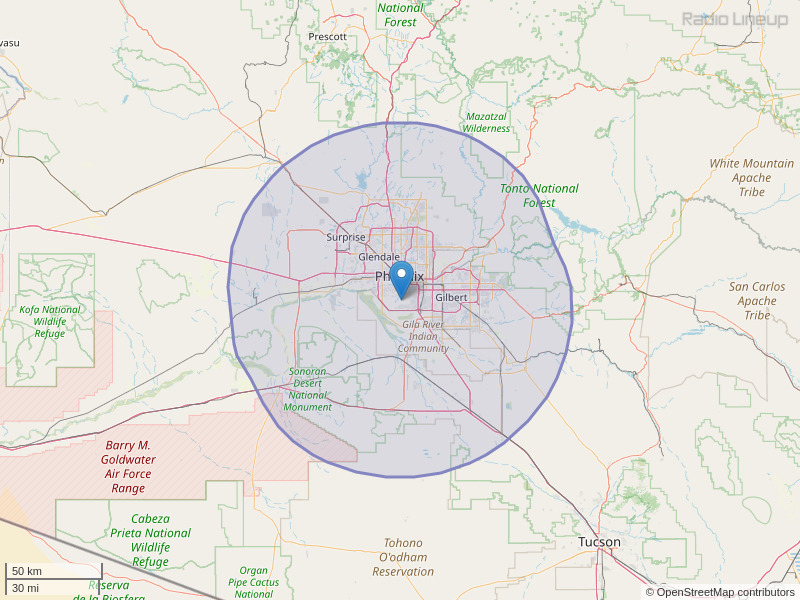 Do you know if there is a radio station that carries the Arizona fall league games that are in surprise Arizona?
By: Amy on October 3, 2016

That station was 98.7 the Peak, it changed because they want to move their sports format to a better signal. And yeah I liked 98.7 a lot too before it changed to sports.
By: Anonymous on April 15, 2019

You station should be called Arizona Cardinals sports talk. It’s the only thing you guys talk about, a last place team. I support all the sports in the valley. Coyotes being my favorite. Your host mention them about 5 minutes a week, with the exception of the times someone calls in from the Yotes. A first place team that gets talked about 1% of your broadcast. You guys could really help the Yotes be successful, but for some reason have no interest. Really sad. You don’t need to talk about the Cardinals after next week, because just like the past they will not draft but one player that will be on the roster in two years. Really like all of your host, just mix it up. Rocky Milner
By: Rocky Milner on December 22, 2019

Why is the Burns and Gambo show all about John Gambodoro? Bragging that he barely graduated from high school and thinly insinuating that a lack of an education is a point of personal pride is the height of stupidity in the post-industrial age. His continuous boasting of his latest child bride [she is virtually the same age as his oldest daughter] indicates that he is a dysfunctional sexual narcissist. He is highly off-putting and the Station Manager should tone down his banality, the adoration of some other hosts for him, and focus on the sports and guests. Being an ageing oversexualized idiot-savant who knows only NYC sports is not a good look for a public personality outside of Queens, nor Bonneville Int'l.
By: Matt on September 5, 2021