KMXG is an FM radio station broadcasting at 96.1 MHz. The station is licensed to Clinton, IA and is part of the Quad Cities IA-IL radio market. The station broadcasts Adult Contemporary music programming and goes by the name "Mix 96.1" on the air with the slogan "Today's Hits and Yesterday's Favorites". KMXG is owned by iHeartMedia. 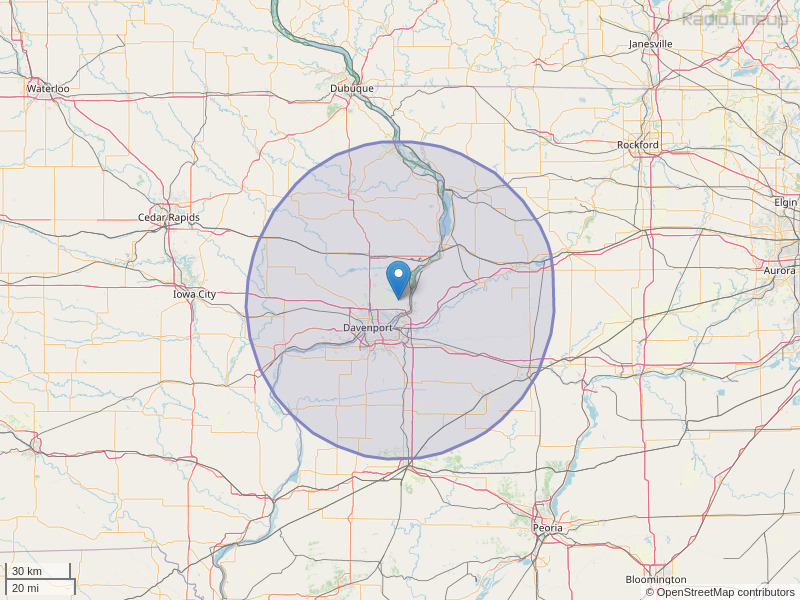 there are millions of songs to choose from why do you play the same ones over and over and over again. We have this on all day 5 days a week, and are probably going to change because of this repetitive playing.
By: Lenore on July 17, 2014

The music selection is nauseating and this station is kidding itself calling itself adult contemporary. I wish a quality AC or alternative station would replace this. Mix 107.3 out of burlington is much more fresh.
By: Timmy on February 10, 2015

Today you aired on your news bite that Davenport teachers want a contract that is against the law. This is false. A contract with DEA is allowed by law. The issue is that previously most items were mandatory, now they a permissive, meaning the school board will decide to have a contract or not. We want a contract.
By: Jack H Achs on December 10, 2019

I was in Savanna IL on Thursday morning and heard a song, I think I was on your station. It was between 10-11:00 am. It was an 80s or 90’s pop rock song with a female lead singer. I tried to Shazam the song cuz I haven’t heard it in a long time. Think you can help me out? It’s driving my crazy trying to figure it out. Thanks
By: Joe Callahan on September 25, 2020