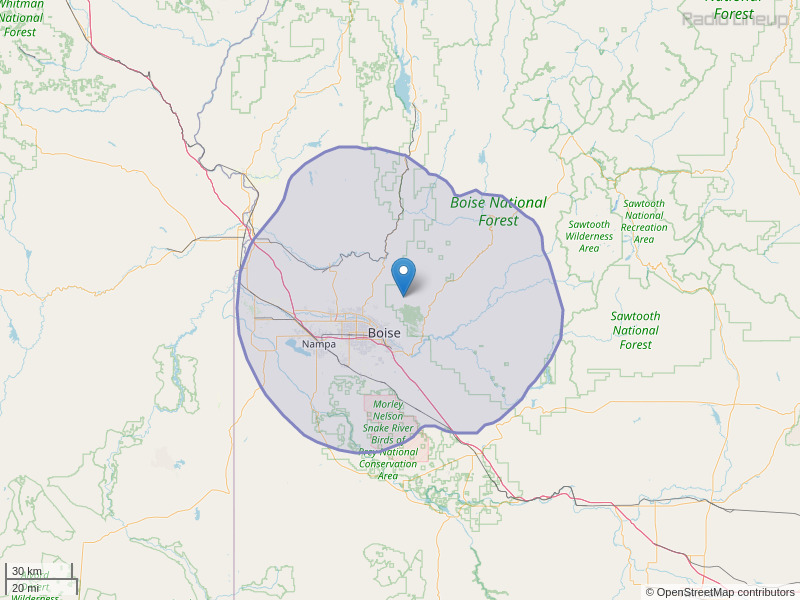 Why are you playing Christmas music so early in the season? People will get tired of it before Christmas.
By: Anonymous on November 1, 2014

THANK-YOU!! THANK-YOU!!! THANK-YOU!!! FOR PLAYING CHRISTMAS MUSIC SO EARLY!!! I work with people who are going through difficult issues and who are in an extreme amount of emotional pain. It is sooo wonderful that you are extending the moving loving season of the year through your early broadcasting of Christmas music! I'm telling all my family and friends. Thanks again!!!
By: V. McClain on November 2, 2014

My family and I have been listening for several weeks now. We LOVE the Christmas music. THANK YOU for playing it. It is NEVER too early for Christmas music, especially when it brings the spirit of Christ into your heart. We don't know how financially a station can play without commercials but you guys do and we appreciate it. Thanks again and MERRY CHRISTMAS!!!
By: Donny L on November 7, 2014

Thank-you for the beautiful Christmas music. People who think you start too early are Grinches. Someone said that people will get tired of it, but they don't get tired of the "other" music for 10 months. That is not logical.
By: Anonymous on November 10, 2014

I've been listening to the station for a few weeks now. This is such a wonderful thing for you to do for those of us that would like to hear this all the time. Up until now our only options were our own playlists, Pandora or You tube playlist. If you were to do this on KTSY too many would think it's too early. This way if someone does not want to hear it until right at Christmas, they do not have to, but for those of us that receive joy and warmth there is a wonderful radio option. I could just kiss you. Thank you, thank you, thank you.
By: Vicki L Gooding on November 14, 2014

I install Christmas Lights in the Treasure Valley area. I heard nothing but Christmas Songs playing on 88.7 and I love it. I want to advertise on the station or atleast drop my name and inform the Valley we install christmas lights. Please let me know who i need to contact. Would be more then happy to make an appropriate contribution. Thanks, Josh 407-6375
By: Dirty Ducks - Home Maintenance on November 16, 2014

Thank you for continuing to play Christmas music. It touches my heart and lifts my spirit during some very rough days! It really means a lot to me to be able to continue to listen to Christmas music.
By: Bob C on January 7, 2015

The Christmas music is wonderful! Christ should be celebrated all year! Thank you and keep playing!
By: Lee S on January 12, 2015

It's 12 January, and y'all are still playing Christmas music. I can't thank you enough! With our gloomy weather here in Idaho, it's a treat to listen to your station. It just extends the holiday season that much longer. Thank you, thank you, thank you!
By: Gretchen Minshew on January 12, 2015

Thanks for keeping the Christmas music playing! I'm a strong proponent of listening to Christmas music all year round. Beats all the crap on the radio! Such great messages too. When we like a group, we listen to them all year long, why not Christmas music?!?!? Here's to having it play all year long! Love the fact that there are no commercials as well. You've got my listening ears!
By: RD on January 14, 2015

Thank you for continuing to play Christmas music. Hoping you will continue to play it throughout most of year :o)
By: Tami on January 25, 2015

I was driving early in the am, heading back to WA. My scan picked up Bing Crosbys White Christmas and I was teleported to the week before Christmas. It was cold outside and the sun was rising over my shoulder. It was GREAT!! I listened all the way to Baker City and actually searched for a pick up station. Thank you for that brief wonderful moment of peace. He is the reason for the season. Jesus, not Bing Crosby. LOL
By: Mike on October 15, 2015

Thank you for playing the Christmas music! I had a rough morning and it was so comforting to play it in my car to settle down. You guys are great!
By: Melissa on October 16, 2015

I figure if you don't like continuous Christmas music, don't listen to this station. But I am glad I found it! Thanks!
By: Mary Aichholz on November 6, 2015

Thank you so much for playing Christmas music, it makes me so happy and truly brings joy to my soul
By: Anonymous on November 17, 2015

My kids turn this on every morning. We love the more religious slant on Christmas music! Thank you!
By: Sara on November 22, 2015

My family and myself have really enjoyed the great Christmas music. What happened to the good ole songs today November 30th? We don't recognize any of them. Frankly give me Frank, Dean, the Chipmunks, Michel Buble",. The music today is just horrible. Give us the standards we have listened to the past month please.
By: Jan Pavelec on November 30, 2015

Last 5 songs -- all Christian rock, and not the slightest bit Christmas music. There is a difference. Wish you would play Christmas songs as you claim to be doing.
By: Terry on November 30, 2015

Thank you so much for playing Christmas music both early and late. It gave us such variety and allowed us to really soak up the Christmas season. Thank you again so much
By: bailey on January 1, 2016

Thank you for playing Faith based Christian music as it is the reason for the season and the classics in addition. What a lovely variety, our family truly is appreciative for the early and after Christmas extended playing of these songs. We love having the spirit of Christmas warm our hearts and allow our reflection of Jesus longer then just what the world advertises. God Bless!
By: Kimberly and family on January 3, 2016

Hey are you playing Christmas music all year long
By: glenn on January 16, 2016

I'm loving the Christmas music! How early do you start it in the year, and when do you end it after the new year?
By: Mo K on January 22, 2016

Thank you for the extended CHRISTmas music! God bless you!
By: JDGable on January 27, 2016

This station is owned by the same people that own KTSY. It is a secondary station that they are still developing so they have the leeway to play Christmas music for 4 months during the winter season. Christmas has traditionally been much longer than 1 day. St Nicholas day is Dec 6th, and Epiphany (or Three Kings Day) is Jan 6th, hence the 12 days of Christmas. Merry Christmas!
By: G Liberty on January 29, 2016

Did I hear a Justin beiber song playing yesterday? One about life being worth living, against suicide?
By: Annie on April 16, 2016

What is name of ARTIST you just played at 7:45 PM on MONDAY Eve 10.2 ? please email me and let me know . thank you. Also WHO was singing with Lindsay STERLING ? THANK you, Hilary - ps- call me sage of sages u Rx. Jesus LOVES us way More than we can possibly imagine. LOVE more than you do even with most challenging people . JUST keep growing our capacity to LOVE - this is WHY we are all here - HEARTS Minds SOULS unite
By: Hilary Henson on October 4, 2016

My little girls love Christmas music, I'm told that you start playing Christmas music ealier than most other stations. When are you starting this year?
By: Jim Mulholland on November 18, 2016

Are you going to play christmas music this year? I always try your station a few eeks early hoping ti hear it
By: MEL on November 9, 2017

Are you playing Christmas music soon!?
By: Anonymous on November 3, 2018

For your consideration - I would like to add our song to your Christmas song list. It's called Boogie Woogie Christmas by Cutlass; 3:15 ASCAP ID# 895286799 Author: Frank Charles. It is currently on other streamed listings: Youtube, Amazon, etc. (TuneCore) I think you'll enjoy the upbeat tempo & lyrics! Thank you, Frank Attachment(s) Boogie Woogie Christmas.mp3
By: Frank Charles on December 15, 2018