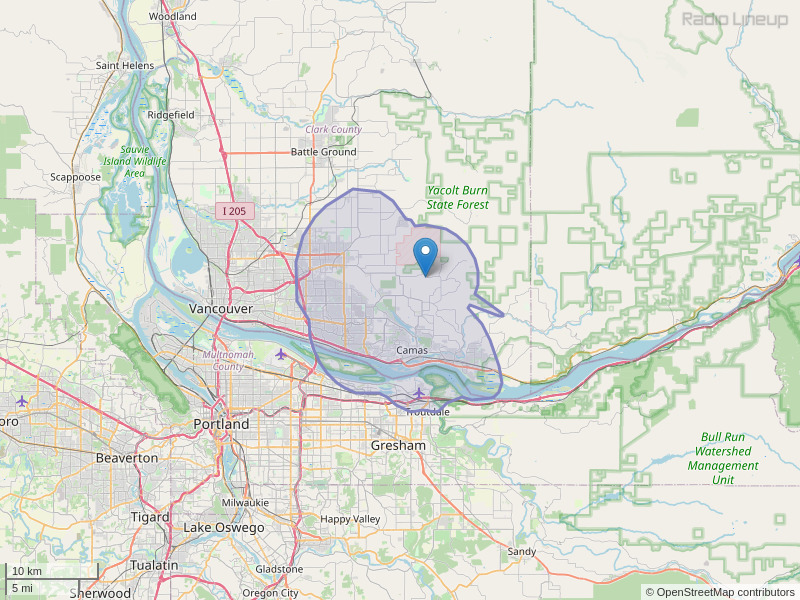 The frequency isn't silent at all. It claims to be a station out of Eugene with a translator in Albany, so must be pretty strong to get up to Portland on the FM band, I didn't get the call letters, but it plays contemporary Christian rock. The recurrent theme is hope for mankind. It appears to be a 24 hour automated non-commercial station, with a lot of testimonials of people who like to listen.
By: Jim Schira on April 25, 2019

Reasonably strong signal in Vancouver itself, but no audio - just silence. Being a low-power station, it probably gets drowned out by others on the same frequency outside of Vancouver.
By: Bill on August 29, 2021