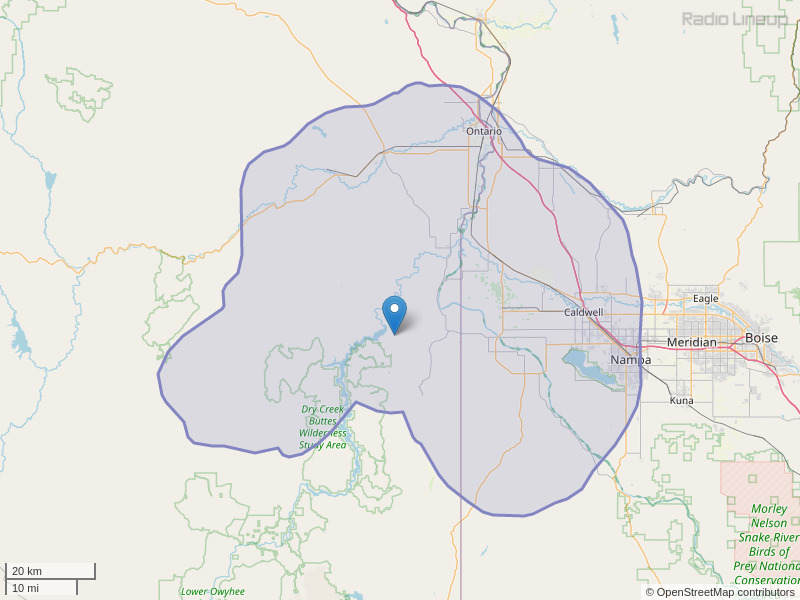 Boise Community Radio (BCR), is a group of local volunteers, who believe that it is vitally important for residents of the Treasure Valley to have access to a more democratic form of radio programming—one that better reflects the character of our community. We are currently without a radio alternative that is responsive to community concerns, emphasizing locally programmed content. BCR will provide listeners with a delicious variety of music, while engendering true representation in the discussion of local issues. Programming will be a result of choices made by and for members of our community. By giving residents of our area a public voice, BCR seeks to reincorporate citizen advocacy and community interest in the civic decision-making process. BCR's Values: Boise Community Radio's programming priorities will be based on principles of public interest and musical diversity. They will be governed by local input and feedback gathered from various segments of the community regarded as citizen and organizational constituents heretofore underrepresented in existing commercial and public radio broadcasts in the region. Additionally, BCR will continually strive to provide a performance platform for the creative skills of local musicians and verbal artists. Boise Community Radio will provide an educational media clearinghouse in areas of public interest for the distribution of news, events education, issues reporting, and other information impacting the community, not reported or not fully reported in the Treasure Valley. BCR will act as a conduit to public affairs organizers seeking to make available information about community services and other activities serving the welfare of the community.
By: Elizabeth on February 11, 2011

WOW, Hello, just moved to Boise from the San Francsico Bay area, it took me 16 days to find you and your WONDERFUL music and overall program. Thank you, how can I help? My background is in medicine but I excell at personal relations and would love to volunteer in a capacity that would be helpful...feel as though I need to give back for all the great tunes! Best, Angela Dwyer
By: Angela Dwyer on April 20, 2011

Hi Angela, Send Radio Boise an email to volunteer [at] radioboise.org . I'm sure they can use a hand.
By: Dave Foster on April 25, 2011

There was truly magic in radio stations of the 60's.... it was the diversity and variety; with the listener never knowing what enticing sound was coming up next...particularly in Europe where the order of the day was playing random eclectic selections from Rock to Motown to Country to Blues to traditional Ethnic sounds. Thank you for the breadth-of-fresh-air … and providing musical magic again.
By: B. Coleman on May 28, 2011

HOW REFRESHING,I HAVE WAITED A LONG TIME FOR THIS
By: david wilson on July 12, 2011

iam heading for the greater later which is close. it does my heart well to have happened onto a station like yours. thank you
By: willy carney on April 23, 2013

One of the best endeavours going.
By: Kenneth Freeman on August 21, 2013