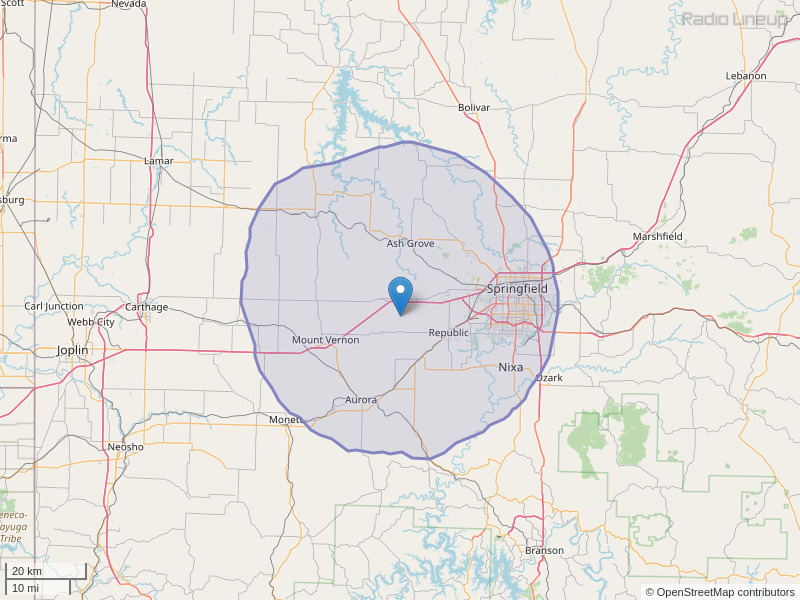 The woman reading the news seems like a snarky liberal. If she writes her own scripts she definitely is. Fake news on the conservative station. Sad.
By: KR on March 24, 2017

What happened? I don't find you guys on the air today. Trying to listen on 104 point1 KSGS Ashgrove no signal
By: Wendy Martin on July 12, 2017

What happened! You are not on the air as talk radio.
By: Diana Williamson on July 12, 2017

My wife, Sheri, and I are the founders of "STOP Greene Co. Corruption" on face book. We became aware of the wide spread corruption in our judicial system four years ago when the state kidnapped our grand children and put our son in jail, falsely accused. He is still in jail without a trial. This is happening across the nation. It's called child trafficking. You can not throw a rock nor swing a stick in Greene Co. without hitting someone who has been a victim of the corrupt judicial system, or knows someone who has. So why do we not hear a single word in the news media about it? Hundreds of families and thousands of children's lives are being destroyed, torn apart by CPS and juvenile court judge Douglas Andrew Hosmer, all for the money. Thank you for taking the time to read this and God Bless.
By: Timothy Willhite on March 11, 2019

For several weeks 104.1 has either been off the air or, recently, there is interference that prevents comfortable listening. What is the problem?
By: Doug B. on February 12, 2021