KTUX is an FM radio station broadcasting at 98.9 MHz. The station is licensed to Carthage, TX and is part of the Shreveport, LA radio market. The station broadcasts Rock music programming and goes by the name "99X" on the air with the slogan "The Rock Station". KTUX is owned by Townsquare Media. 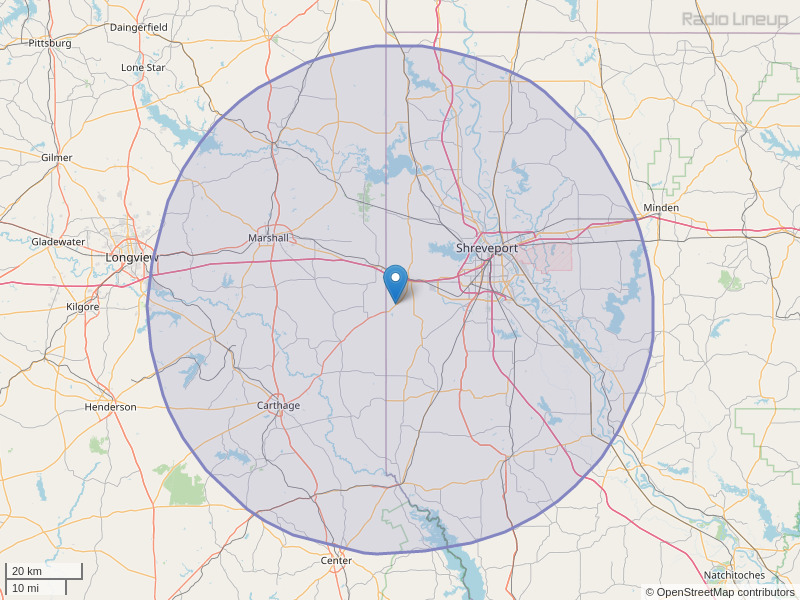 Why do you endorse onair bullying? Specifically the morning show free beer and hot wings. Making fun of how people look and talk is bullying and most definitely not entertainment the way they do it. It seems even whoever the KTUX Messenger is also enjoys calling names and making fun of peoples concerns. Just because I and my co-workers would rather not hear the bullying drivel aired each morning? Yeah, I do miss Bob and Tom. At least they were entertaining.
By: Mark Holland on August 13, 2015

Free Beer and Hot Wings morninging show is bad enough. Last week morning drive was great....just good music. Now we are going to have the horrific Walton & Johnson show spewing garbage. I like to think we are a more progressive listening audience. Guess I was wrong.. I am embarrassed for those that listen to W & J. At least we have the power in our hands to choose not to listen 98.9. ..off
By: Becky on January 7, 2018

so great w&j wI'll be on 98.9 Monday morning can't wait...I was suprised they moved from 98rocks....I listened the whole time they were on 98..very informative. .and funny and conservative
By: charles on January 8, 2018

I can't believe the only real rock station in the area has sold out to Walton & Johnson(redneck crap) and that there is no longer a true rock station in the area! Don't get me wrong, I like classic rock as well but would really prefer to listen to new rock with some classic mixed in like the old format! I now have to listen to cd's or to my phone! No more radio listening for this rocker!!
By: Bobby on January 10, 2018

I've recently have been subjugated to your horrendous morning show again. Free propaganda and hot wings is the reason I stopped listening to your station. Well, that, and your format sucks. I never complained before. I just turned the dial. But since I am being forced to listen to this crap in the work truck, I feel I have a right. They suck and you suck for airing them. Have a nice day.
By: Mike on February 7, 2019