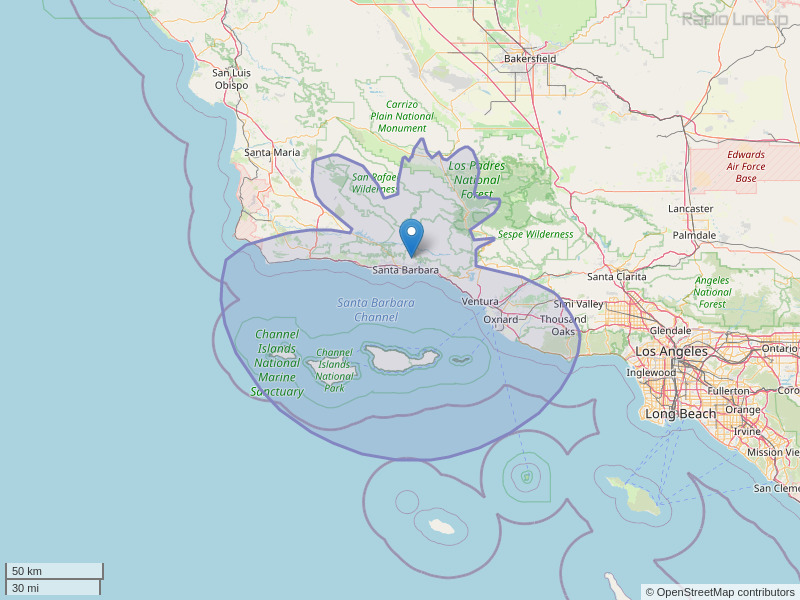 Can your station please play the new single by Adam Lambert, "Ghost Town," from his upcoming album called "The Original High"?? The single is out now. I'm sure you know this: Adam and Queen have toured together for a number of years, including their world tour of 2014/2015 -- so it would seem to be appropriate for classic rock stations as well. Thanks.
By: avalon on April 22, 2015

The real Gidget will be at Bank of Books, Ventura on Saturday May 23 from 1-4pm. Frederick Kohner wrote the book Gidget about his daughter Kathy's surfing adventures in Malibu. The book inspired the film and tv series and made Kathy a pop culture icon. With summer on the way and the interest in the Beach Boys and surf music I thought your station would be interested. Thank you
By: John Motz on May 10, 2015

I fell in love with your station while visiting Santa Barbara but I can't get it on my internet radio. Why not?
By: Barry L Marquardt on June 2, 2016

I agree with the listener prior to me. Any chance we can receive your station on the Internet?
By: Courtnee Donohoe on March 28, 2019

I live in Solvang and I can no longer receive KTYD on any of my stereo receivers. What has changed. Do you no longer transmit and analog signal?
By: Craig VanDerwarker on April 7, 2019