KWBL is an FM radio station broadcasting at 106.7 MHz. The station is licensed to Denver, CO and is part of that radio market. The station broadcasts Country music programming and goes by the name "106.7 The Bull" on the air with the slogan "Colorado's New Country". KWBL is owned by iHeartMedia. 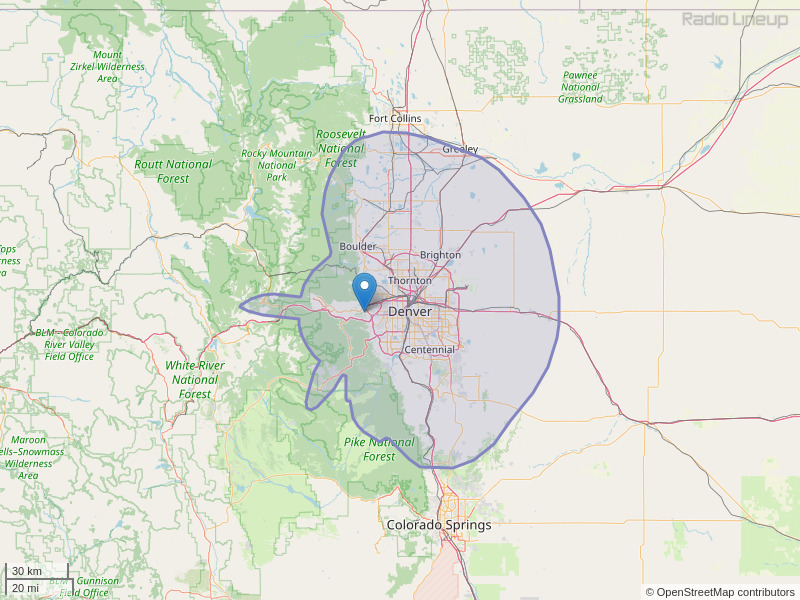 Check out on Facebook, "The Journey of Christopher Gish". The story of a local young man who has moved from tragedy to determination. Although he suffers daily in pain from 17 devastated vertebrae in his spine, he has sacrificed his own future and comfort to provide a future for the Children of Nepal. A true hero. Co-captain of his Cherry Creek High School lacrosse team, All-State, Team Colorado. He sponsors the Dish It Up fundraiser of Children's Hospital. Check out the Facebook page, follow the links, learn his story. The story of his journey will bring tears to your eyes, yet, warmth to your heart. He has been nominated for the Holcrim Foundation award out of Germany. Yet, he remains un-noticed and un-honored here in his home of Colorado. Learn of his dream and help make his dream come true for the children of Nepal and the children of the world.
By: Frank Gish on October 9, 2014