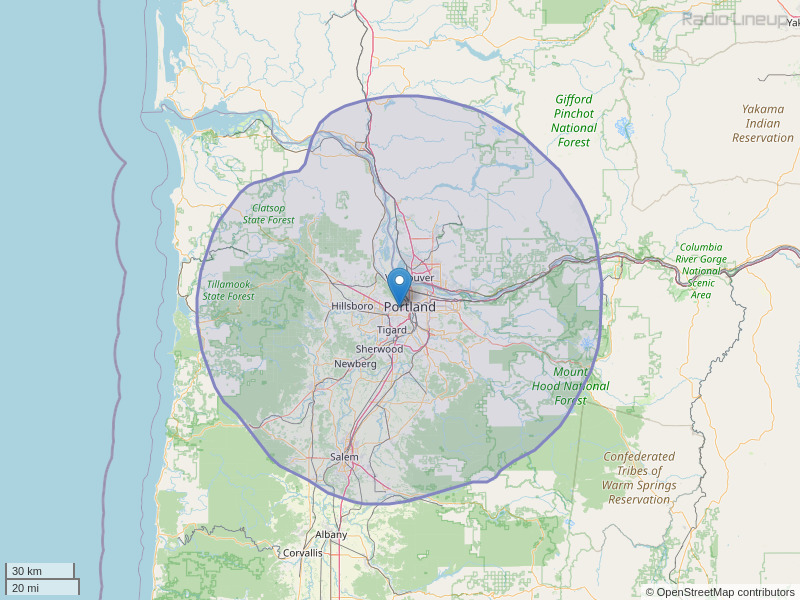 The guy that replaces Glen Beck is too liberal for me,.. I miss Glen Beck. now half the time, I miss Lars Larson because of the programming change. please don't tell me your leaving this programming this way...!
By: Rick Aragon on June 19, 2013

I strongly dislike the guy (and gal) on from 12:00 to 3:00 AM. I would like to have a re-of Rush or one of the other talk show political people. The present show is inane and does not help me get to sleep!
By: Barbara J Korsmo on September 16, 2013

You have the best news broadcasts in the city. I can't turn the station fast enough when the hate radio begins. Shame on you.
By: Kelly McCormick on September 18, 2013

One of the Kramer and Abrams hosts Sunday mornings changes the subject repeatedly, belittles callers, rarely offers solutions, and finds cynicism humorous. Guess who? I just turn the program off. I want intelligent conversation that allows callers to make their point. Then I will listen.
By: Mike in Happy valley on October 27, 2013

Why did you continuely broadcast yesterday's weather by Matt, forcast late this afternoon today??
By: gordy grochau on July 11, 2014

The "wet dream comment" was embarrassing, considering I have my daughter listening to the radio with me, she's young and didn't know what it meant but she said that sounded nasty. Inappropriate for day time radio guys. I like your show but stupid adult comments are out of place for your demographic. Don
By: Don White on November 22, 2015

I was listening to your station at about 4:45pm to 5:45and your announcer stated that the ice/snow was "unthawing". If it was "unthawing" then it was "refreezing." (DEFINITION" It was frozen and if it was "thawing" it was melting. Then if it was reversing what was happening, (First it was frozen, then it thawed,soooo ACCORDING TO YOUR ANNOUNCER --IT WAS "unthawing" meant was reversing the process from (First it was FROZEN, THEN NATURE WAS "THAWING IT". In reality if it was Unthawing it since it was already thawed, it was now freezing.
By: Melba Jud on January 18, 2017

My 18 year old son and I listen to Kremer Abrams and Pasero on the way to his job. We are trying to hear and learn different viewpoints. I would like to ask that you give each other the floor to speak one at a time. I appreciate the passion but it's really hard to consider what you're saying when you talk over each other. Thanks!
By: Debi on November 5, 2017

Do you have concerns you'd like to help everyone with? Help me takeover one or more of my resources which were in the hands of anti-humanity anti-owner witches! Today is an option.
By: Carol Anderson on April 11, 2020

I was at the dog park. I saw two white guys running after a Black Lab with a noose, and it was made from a chain no less. The hairs on my neck stood up.
By: Bill Peterson on June 24, 2020

Please add Dan Bongino show to your line up, He will be replacing R Limbaugh May 24th Respectfully M Lockwood
By: Milton L. on March 31, 2021