KZAH is an FM radio station broadcasting at 99.1 MHz. The station is licensed to Harper, TX. KZAH is owned by Alpha Media. 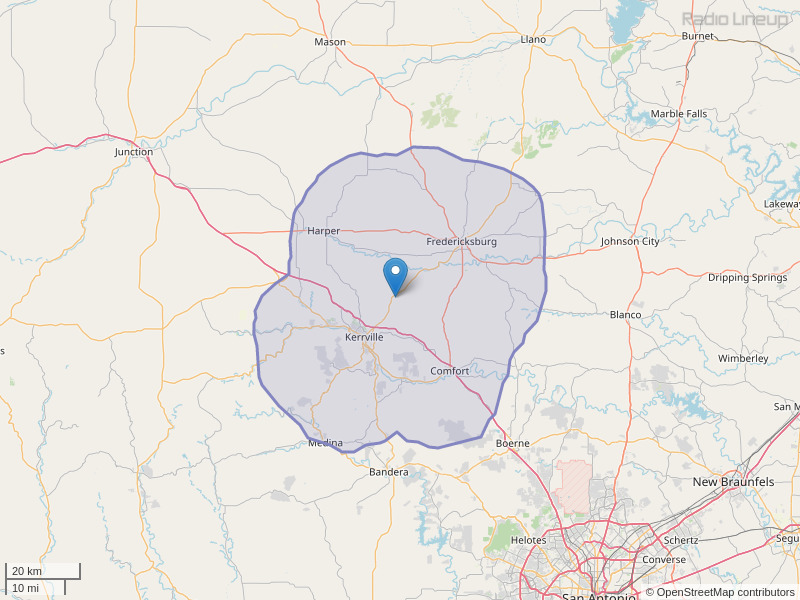 So this radio station runs an assinine, 2 minute call sign commercial, seems like twice an hour, with a ticking clock or some other annoying sound. I don't know whose idea this was but if they went to college to study advertising and/or broadcasting, then a full refund is in order. If you think guys who work all day, listening to the radio, want to hear that twice every hour, every day, then you need a lobotomy. Seriously, keep doing it. I turn the crap off everytime I hear and, obviously, I forget to turn it back up. Not to mention the fact that its at least two minutes long and often when I do remember to turn it back up, the commercial is STILL ON. I'd have already gone to another station if I could pick one up. And here's another idea: I know you have to play the requisite Queen songs everyday but does it have to be the same two songs everytime? I'm pretty sure Queen had more than one album. The same goes for EVERY OTHER BAND YOU PLAY. I like ZZ-Top too but I can do without "legs" every singlet time. It's called Rio Grande Mud. Don't be scared of it. It's good. You might like it. Ah, forget it. I guess I'll go listen to Bohemian Rhapsody for the 400 millionth time. Thanks. You're doing a real service.
By: Lucian on December 22, 2018