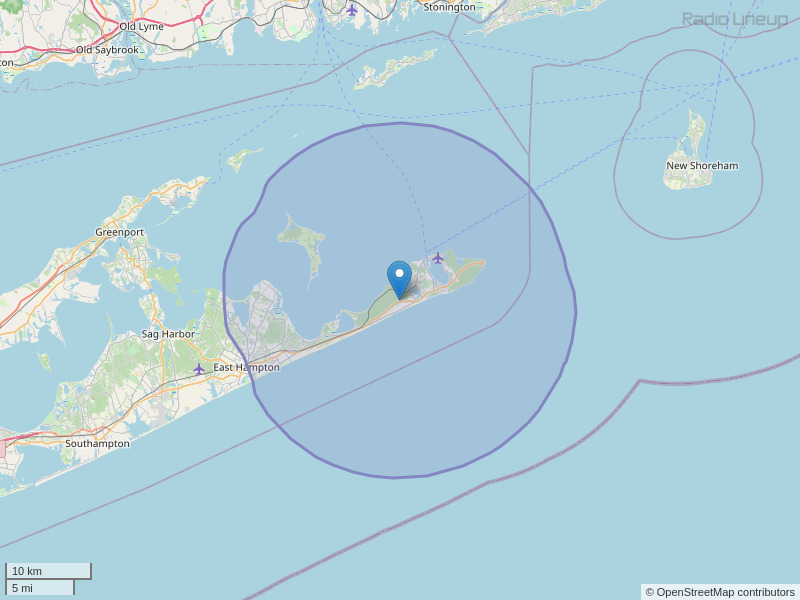 Absolutely phenomenal music programming. Just what I enjoy But having no success getting the channel on my radios. I live in sag harbor. Would a certain type of radio be successful. I would appreciate any help in this matter
By: Helen Metz on March 2, 2019

I discovered it by accident yesterday, 3/6/19 and also love the selection of music. This is now my new, favorite radio station. I'm actually picking it up, somewhat, from Ct coastline. I do wish the signal strength was stronger however. Hopefully that changes. I think a radio antenna, perhaps external might help? I know different portable radios I own pick up stations that another one won't.
By: Jay on March 7, 2019

This programming today 5/13/19 in the 12-1pm hour had me in actual tears. The lyrics of each song truly resonated with an old soul. I've been seeking a playlist that covers what the station plays, but have been unable to find it. Does anyone know an official site/blog that hosts the song names & artists played on 88.7? Thanks so much in advance. Also p.s. picking up the station from the North End of Westerly RI crystal clear (despite attenuation, having to crank the volume to achieve appreciable fidelity). Also also interesting history, to read that the station remained silent for 2+ years and still retained it's ID/call sign.
By: Jon on May 13, 2019

In response to Jon, if you have an iphone or an android, there is an app that is called Shazam. Once the app is opened, you tap the screen and it usually identifies both artist and title of the song.
By: jay ceever on July 22, 2019

I should add, you have to place the phones "microphone" near the source of the radio....speakers. It would be nice if WEER joined tunein radio app as that would increase listening audience significantly.
By: jay on July 22, 2019