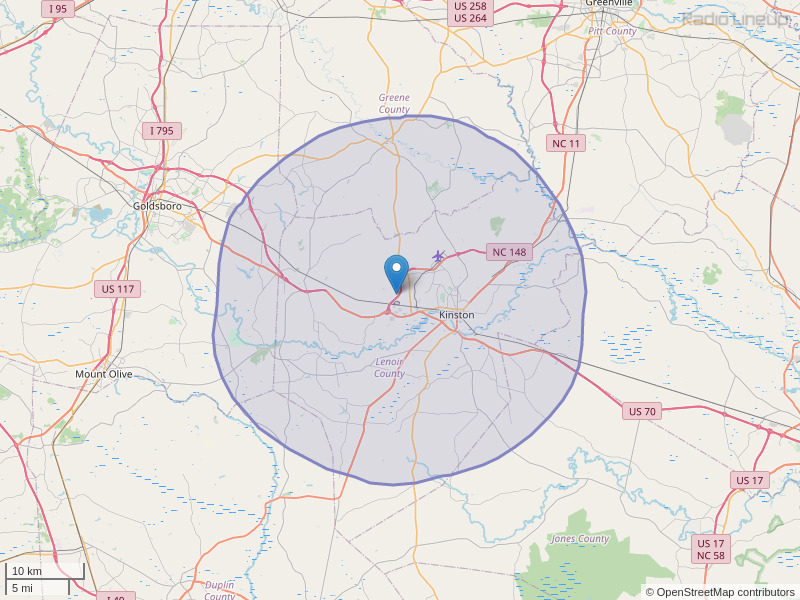 I haven't heard the station in many years did you archive your guest speakers from the mid 70's? I'd like to hear some of the shows of Elder James Collins if at all possible.
By: Howard Collins on January 8, 2017

My Father, Elijah Woods, founder of the Dixieland Gospel Singers, broadcasted live on Sunday’s as apart of the Andy Herring Gospel show in the 60’s and 70’s. Elijah also broadcasted live as a member of the Southern Spirituals of Ayden NC. Do you stop have tracks of any of those Andy Herring broadcasts featuring the Dixieland Gospel Singers and the Southern Spirituals in your Archives? I am seeking tapes and any pictures of the group. Please contact me by email at grapeswoods@aol.com.
By: Woods Alvin on February 2, 2019

I worked at WELS in the summer of 1966 and briefly in the summer of 1967. On Sundays, i followed Andy Herring, and during the week, his Hotfoot Club followed my usual shift. I listened to Andy's show from the time i got up on Sunday until he went off, when I started running the worship service. I was amazed as I drove up to the station. Sometimes there were a dozen cars, trucks and vans parked all around. There were well-dressed folks from various groups sitting on tailgates, sometimes beside a bass fiddle, or drum set, or saxaphone or accordion, and more people sitting all around the lobby, and there was always a studio full of musicians, singers. Sometimes Andy would leave the control room and come out to the big studio and lead the singing. Some might think it was an unorganized mess, but magic is what it really was. Dozens of talented people were giving it all they had in the name of the Lord every Sunday morning, all presided over by the genial sweet sounding Andy. After I went back to college, I stopped by the control room one day, and asked Andy for a recording of his everyday show. He gave me about 15 minutes on cassette. It has none of the groups you requested, but i remember that they were regulars. I treasure the memory of those Sunday mornings.
By: Oliver Noble on January 15, 2023