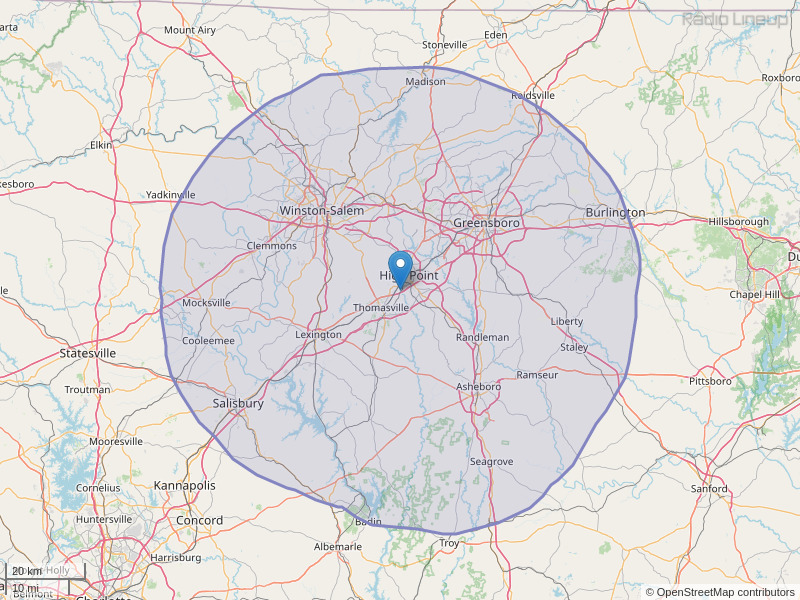 Can anyone tell me the name of the speaker on 95.5hpe about 2:30pm today, 1/13/12? He spoke of marital intimacy and was excellent. I want to be able to have my couple friends listen to this broadcast. Thank you
By: Chris Pierce on January 14, 2012

I would love to know the name of the album containing the beautiful version of "Sweet Hour of Prayer" played at 7:47am today on 95.5 WHPE. It sounded like it might be a hammered dulcimer. Thank you.
By: Irene Harrison on March 7, 2012

I was driving through the area between 8:20-8:40 am a year or more ago and heard a pastor speak on Acts of Faith. I wrote down Warren Risby. The message was so powerful and I'd love to get a copy. I have searched the Internet for the name and have found nothing. Please help me.
By: Margo on April 18, 2014

How can I hear more of Chuck Wendell. His sermon on addictions was right on. thank so much for a reply
By: Linda Hiatt on October 8, 2014

On Sunday morning, January 4, 2015, I was driving to the PTI Airport and heard a Lutheran minister deliver a devotional sermon on your station. He mentioned 1st Lt. Billie Harris, a fighter pilot who was killed in July 17, 1944, over northern France during a bombing raid to liberate France from Nazi occupation. Are audio tapes of the sermon available for purchase?
By: Linda Fowler on January 6, 2015

I do a bible study from J Vernon McGee each morning with study material that I get from Thru the Bible Radio Network. Do you carry Dr. McGee on your stations and if so, what dates and times. Thank you.
By: phyllis clodfelter on January 27, 2015

It's been many years ago but I worked for WHPE AM-FM. This was in 1950. Back then, the programming was duplicated on both AM & FM, consisting of mostly popular standards, Hi-Tom baseball and religious programming on Sunday. I remember the names of two people who worked there, Mark Combs and Harold Craven. Also, there was a country singer, a High Point native, who had a weekly program. If anyone at your station could offer any information about these old friends, or have information about others who worked there during that time, I would appreciate your writing to my e-mail address: artman_paulandcarol@hotmail.com. Thank you.
By: Paul Artman on March 17, 2015

My mother was listening to the radio broadcast this morning and she said she liked a broadcast made by someone by the name of Steven Courtss (son of Mark Courts). I have searched but can not find this person. I think she may have gotten the name confused, but she insists she heard it that way, on this station m(WHPE) Is there someone that fits that name on your programming?
By: Betsy Kiehl on May 31, 2015

I looked for a playlist from 1/6/2016 on line but did not see one. I would like to the get pastors' name and find out how I can get a copy of last night's sermon about the end times. He spoke mostly about Revelations! It aired on your station about 9:00 til 10:00 pm! I would appreciate any info I could get...it was so great. I have enjoyed your broadcast many times in the past! Thanks a supportive listener! Been Blessed -Jo
By: Jo Keller on January 7, 2016

On Saturday morning, November 11, 2017 I was listening to your broadcast about 8:20 am and caught the middle and tale end of a sermon about the resurrection of Jesus. I was captivated by it and would love to be able to hear it in it's entirety. Do you know if there is a website I could go to or an audio tape of this message? I never even heard them mention the pastor's name at the end of the message so any help would be appreciated. God bless your station for bringing the Truth!
By: Mike Newman on November 12, 2017

Tuesday night around 10:30 you played a song with the lyrics "Baby - are you the savior" and "Baby - watching the shepherds...". It was an all male chorus and was so beautiful I have no words for it. I wanted of course to know the name of the song and the group or choir. It was Dec 26th.
By: mike almond on December 27, 2017

Please help me find a broadcast that was about personalities and their associations in faith. A father talking about his daughters. I know one was a “D” and one was a “S”. I would love to hear the whole thing and share it with my family. It was about 6-8 weeks ago maybe and I think the speakers first name was Robert. Thanks so much
By: Catrinna Shupe on October 25, 2018