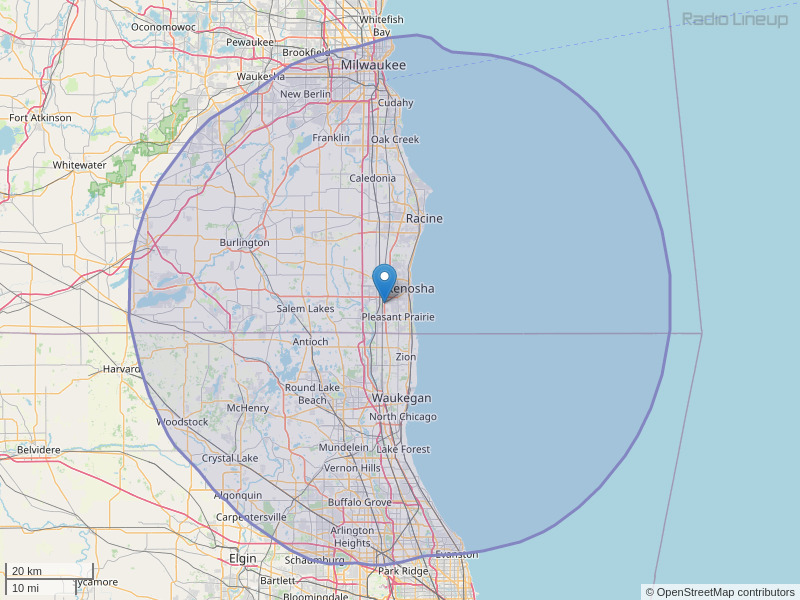 I have tickets for George Thorogood And Brian Setzer Almost front row Also a hotel that is paid Would you like them? My wife just told me she doesn't want to go Found get cheating on me
By: Rosco on May 24, 2015

Last night (May 25th) around 7:00 p.m. My daughter and I took my 85-year-old mom to BBQ King in Huntley for the first time. We were taken upstairs where your radio station was set up. It was crowded and the waitress sat us next to the radio station speaker. I asked for another seat because my mom doesn't like loud noise and it is difficult to have a conversation when it is so loud. Unfortunately, there was no other seating for three so we sat close to the radio station set up. I did not get the DJ's name but I want to say thank you because he recognized my dilemma with my mom and walked over to turn down the volume. Then when another older guy was acting like a jack-ass and yelled something across the restaurant to him he just smiled. I just want to say he did a great job at being in tune to his audience. Also, the young woman who was there and announced that they were at BBQ over the station had a great voice. Thank you for making our experience the first time at BBQ King and the first time with your radio station a good one.
By: Deb on May 26, 2019

It's still heavy rain in Lake GENEVA WISCONSIN
By: Whale Oceans on August 10, 2020