WLKK is an FM radio station broadcasting at 107.7 MHz. The station is licensed to Wethersfield Twnshp, NY and is part of the Buffalo, NY radio market. The station broadcasts Country music programming and goes by the name "107.7 & 104.7 The Wolf" on the air with the slogan "Buffalo's New Country". WLKK is owned by Audacy. 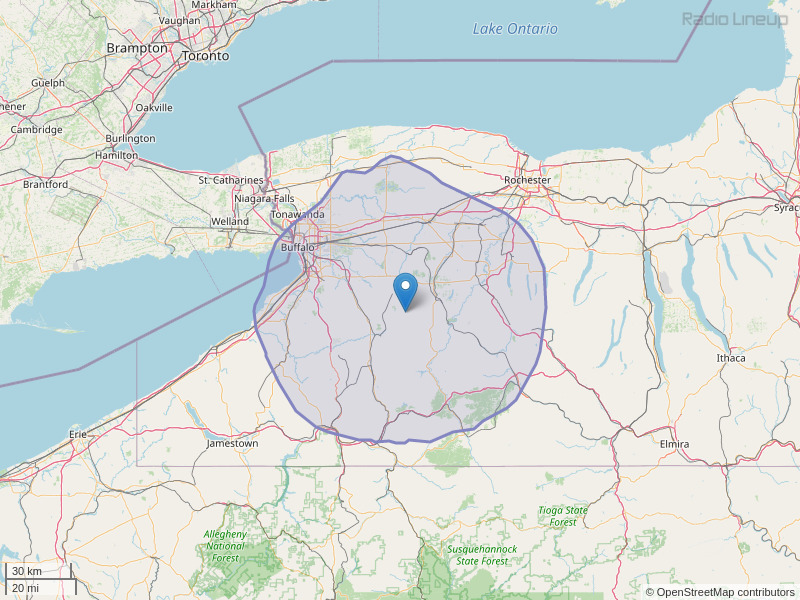 This station has since changed formats to Alternative Rock. A good one too.
By: Jeffrey on September 27, 2014

Greetings- I have a pair of tickets to see Steve Hackett Friday night at Kleinans Theater that I can't use. I live in Vermont and can't make it As much as I'd like to sell them I'd just be happy to see someone use them. Row X, center stage. Email me or call 802-333-9878 Thanks!
By: Mark Council on March 3, 2017

https://l.facebook.com/l.php?u=https%3A%2F%2Fyoutu.be%2FnuSV59IOS2o&h=ATOmgL4FFx6hTSQA1IQvZd9RL2nJx5bpKYKiSlWs2LZMWhIj7sVfCp7RUVm8ceckgwZCRp0RvfIQ9nyJ8-e08ttVH5naMwWr-mCCaRiXcPzAxJsdaT0vdkxPlT_we-xuKKUKK9ReCZfTSH1Bzl0qh0DnVct9oRqlIwQWM7a3WewVUHwo27iLNqPMyNYijrSTmmwOcUKUAQo6gtkTKDOLhWX8wrginWd6btKOk807M7pLchTM83j_W4s4fVasZX3PBY_rrQoP_dxPe17JMiCGEBbg42JnOkK_hA Hopefully you can introduce your local listeners to Mr. Santa a song Pat Ballard wrote shortly after he wrote Mr. Sandman at 15 York Avenue and Towanda. Please let me know if you plan to play Mr. Sandman till Christmas and educate our citizens why you are playing it. thank you.
By: joe dupont on December 2, 2017

Late 60s guy from Bailey-Delevan noe in Memphis just waking up listening to Stephen Stilld telling of Nril Yoing writing 4 dead in Ohio in one hour, CSN &Y recording it thr next day in 1.5 hrs and releasing it immediately , so important to them they didn't mind bumping their oen hit song off #1 slot. Anywsy there was an unofficial "alternative" ststion on AM radio in Bflo back then, think at 1280, thr owner had the station play armed forces PSAs for tax credits, do the DJs there would play a National Guard PdA on one channel track while playing 4 Dead in Ohio on the other. Just an idea / suggestion from 1970... Bflo Police shot 13 SUNY students with buckshot for protesting the Ohio murders ( nothing came of it,) and beat a 5'0" coed do bad her pelvis was fractured in two places ( for looking and being Jewish from downstate). No one of any local clout cared about her either. .... BTW don't think there should be any playing of a white anthem or s black anthem just one anthem that reminds us to be family, a community known as the United States ; rsther than a nation always at war overseas ad well as at home. Peace Out people.
By: P Y Samer on July 4, 2020