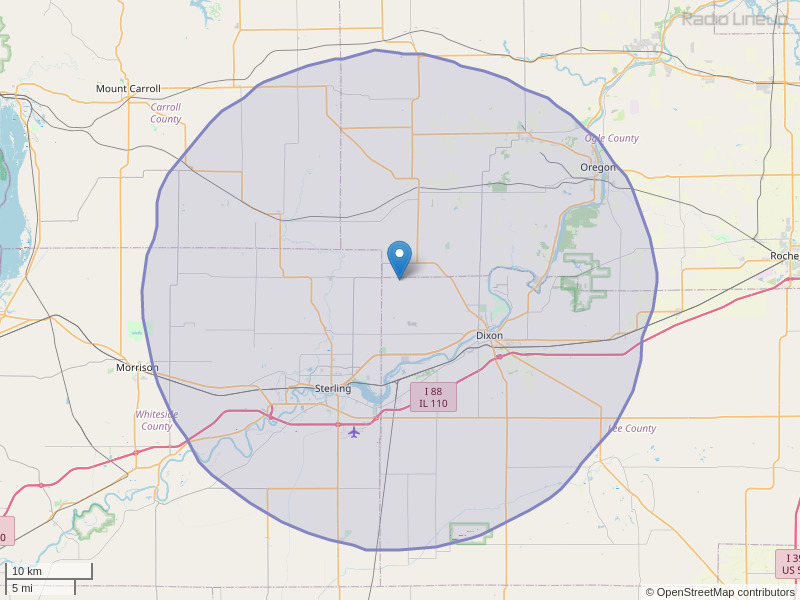 Patrick, Morning Air Personality on WLLT polo, IL, said earlier he wouldn't play Prince's music, their format was 60 -70-80's and Prince didn't fall into that category and he didn't care for his music, I told him that Prince was around in the 70's he said Oh Really!, he plays the same music everyday, almost like he has a set playlist that never changes, used to like this station, but it is time to find another. Not a super fan of Prince, but he was a very talented sing, instrumentalist and showman. Patrick could learn from him. Goodbye WLLT, I will find another station and tell everybody to switch.
By: Jim on April 22, 2016

Thank you for the awesome line ups u hplay WITHOUT ANY REPEATS...please don't stop
By: Thank you on September 27, 2017

I listen often in my car on the way to and from work. Every so often I hear a song I would love to know more information about. It would be great if a play list or trivia about the songs played were available. I hear an old song once sometimes and would love to know who sang it and when.
By: Michelle on March 2, 2019

Would like to hear some James Taylor and Carroll King and stuff like that sometimes.
By: Ron on July 24, 2019

I really enjoy listening to WLLT The Sound of the Sauk Valley. I listen when at home preparing meals or driving the cab when working. Could you play Three Dog Nights Black an White plus Andy Kim's Rock me gently more often than what you do, thanks. Also while listening to the station the morning of 2/15/2020 I noticed that while Marty at the mike was doing the weather reports he kept calling 2/17/2020 Washington's birthday when it's Presidents day and Washington's birthday is 2/22/2020
By: Dixon Cab Driver on February 15, 2020

Really like your station, my Sirius lifetime quit and they wouldn't re-activate. My cell hit the 2GB limit in 3 days on Radio.com (Smokin Oldies) Texas and while working on the farm in Polo I kept scanning FM stations looking for a 60, 70, and 80's format. Used to listen to you on 107.7 back a few years now and was a loyal listener. I live in the Madison, WI area now but work on the properties in Polo often. It seems your transmitter keeps going off the air about 10 secs, that's bad. Are you trying to save electricity? LOL Sounds like your automated and no one is monitoring the drops. Just noticed Friday, Saturday and today, Sunday AM. Thanks
By: Don G on August 30, 2020

Don't listen to the negative comments; I have to say this station is my favorite by far. I don't know who created your play list, but it's phenomenal! Most stations with this format fall into the rut of the same old basic playlist, but your station has lots of the music I don't get to hear very often: Blood, Sweat and Tears, The Guess Who, Van Morrison, Linda Ronstadt, Pablo Cruise, and I could go on quite a bit more, but I'll just mention the song that made me decide to write you. This afternoon I heard Elton John's "Funeral for a Friend/Love Lies Bleeding." Now, lots and lots of stations play the multitude of Elton John's Top 40 hits, and I like them well enough, but to get a deep track like this one is just awesome. It shows that you guys really get it. Great songs that I don't hear very often. Keep up the good, no great, work! I live in DeKalb and have been listening to WLLT for the past few years whenever I drive to points west (the signal doesn't come in too great in DeKalb). Now it's one of my presets, so I don't have to remember to look for it when I drive west.
By: Kevin J Beverley on December 22, 2020

Your station has been getting a static followed by a tone approximately every 30 Friday and Saturday. Just wondering what’s up.
By: Karen on July 9, 2022