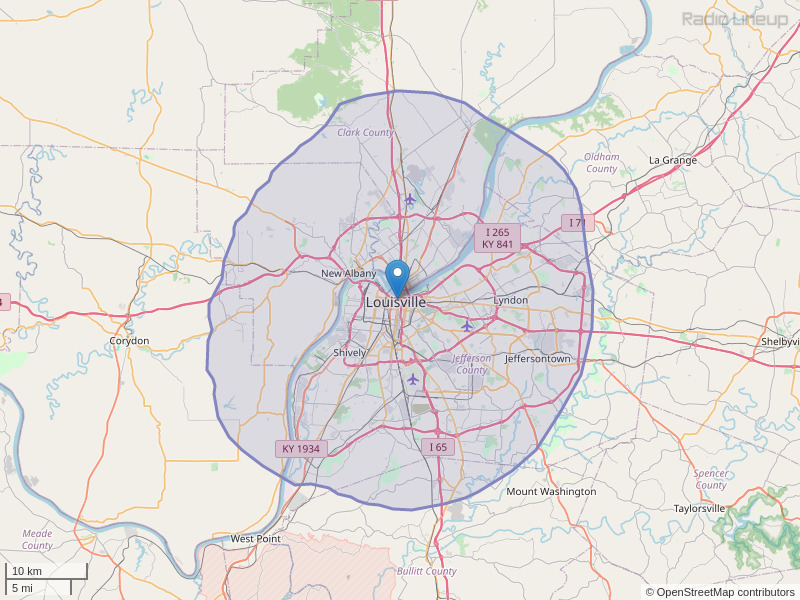 It would be nice to have a radio station playing country oldies in Louisville Ky.
By: Jerry Fouts on December 1, 2016

I would like for you to get back to playing country legends. It's pretty bad that no station in Louisville Isn't playing classic country. I just don't understand why!
By: Jerry Fouts on May 9, 2018

I used to listen to this station had been off work for 2 weeks during the holidays. Imagine my surprise on Wednesday morning ehen I turned on the car and heard what this station was playing. I thought someone had changed my station but it was the station that had changed. I do not like the change when will my classic country be back.
By: Dawn Avery on January 6, 2019

I used to love this radio station because me and my country friends listen to it after school and especially in the summer time when the windows are rolled down. We are all mad at you because you all changed the station. We all want the true country back ASAP. If not you lost about 350 people.
By: Alex Kannapel on January 11, 2019

I love the new changes we have enough country stations it's time to put more soul on the radio I love R&B music old school and new school only change I like to see is to this radio station mix some pop music with the R&B music like some BTSwith Charlie Wilson and some old pop R&B hits like back street boys to color me bad. R&B / Pop music please
By: Quincy on September 27, 2021