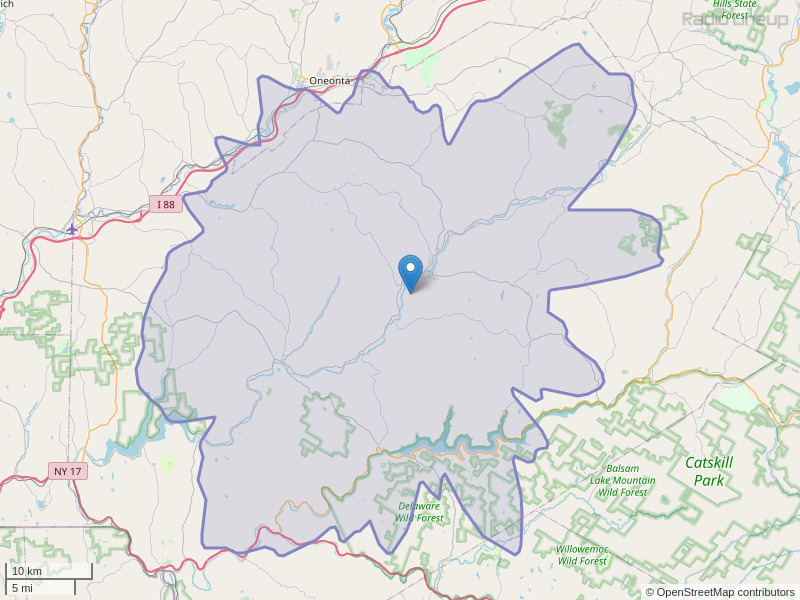 I think you need to change your catch phrase "We play everything...", because you don't. You don't play KISS, Stryper, hard rock, modern country or classical. I am sure there are other genres out there that you don't cover as well. If you make a statement like that you need to back it up.
By: GC Public on April 6, 2018

"TROUT TOWN USA BECOMES ROCK TOWN USA" Yes! It's really happening! Roscoe, New York, "Trout Town USA" is about to become Rock Town USA! The Midnight Callers, a band out of New York City, have finalized negotiations with the Town of Roscoe and the Roscoe Brewery to hold a Midnight Callers Day on Saturday, October 24th, at 4:00 PM at the Roscoe Brewery. The event is in celebration of the release of The Midnight Callers' brand new single called "41 Miles To Roscoe". The song has been selected by Steven Van Zandt personally as the "Coolest Song in the World" for his channel on Sirius XM Radio later this month. The song is from the debut album release by The Midnight Callers called 'Red Letter Glow', out on October 23rd. The song, 41 Miles To Roscoe was inspired by the many stops the lead singer and his fiancee made to the little hamlet in Sullivan County as they were driving to drop her off at college near Ithaca. The couple enjoyed rest, relaxation, and fun in the town and especially at the local Roscoe Brewery. Roscoe left such a positive impression, that he decided to write a song about his experiences there. The event will include a special concert by The Midnight Callers at the Roscoe Brewery. They will play two 45 minute sets for those in attendance. It will be a celebration of Roscoe and the other nearby communities that make Sullivan County such a wonderful area to visit and live. Please join the town of Roscoe and The Midnight Callers for great music, fabulous food, camaraderie, and good cheer! Especially during these times, it will be a chance to relax, smile, meet new friends, and dance! If you have any questions, please call band member, Chris at (508) 505-1752 or email the band at: band@themidnightcallers.com EVENT: The Midnight Callers live at the Roscoe Brewery DATE: Saturday, October 24, 2020 TIME: 4:00 PM
By: Matt Street on October 13, 2020

Can you please tell what time you have news broadcasts throughout the day on this station?
By: DONNA ELDERKIN on December 16, 2020