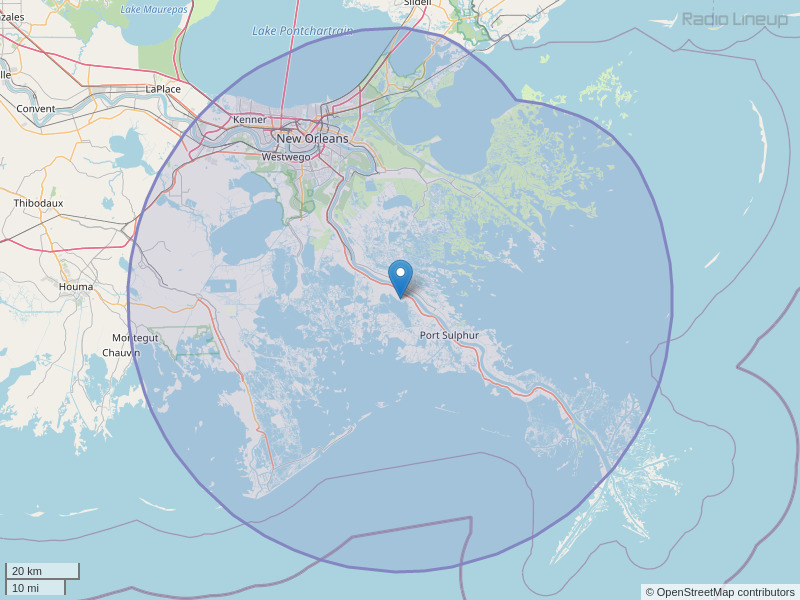 Can you please play The Joke by Reggie Hall. I have the 45 of it but I have never heard it played on any Oldies station. I hope you could be the first.
By: Greg Broussard on February 23, 2011

Mike, I have a three hour show called 70s Deja Vu and I would be honored if you would consider airing it weekends on WTIX-FM....I'm in great need of this favor...it's a strict barter...please respond and tell me when we can start caring it on your great station! Pat
By: Pat Matthews on May 4, 2017

WHO FANS AND ROCK FANS: GREAT ROCK STAGE SHOW: "Keith Moon The Real Me," about the life of the outrageous drummer for THE WHO at Castle Theatre, 501 Williams Blvd., Kenner/Rivertown, Thursday-Sunday until December 17. Local-born phenom, drummer Mick Berry, rips it up with 10 classic WHO songs, rights procured from Pete Townshend; musical director is musical director for The Who and Roger Daltrey. For tickets contact the theater, www.castle501.com phone (504) 287-4707 or go to the show's website: www.keithmoontherealme.com Rave reviews in recent San Francisco production.
By: Patricia Behre on December 3, 2017

I’m trying to find someone, somewhere who remembers the old song “Time Machine”. Surely I’m not the only old lady who ever heard it. Sixties,maybe. Thanks
By: Donna B on April 15, 2018

Michael is doing a great job of the legacy his father left behind WTIX, the great Mr. Joe
By: Vincent on October 19, 2021