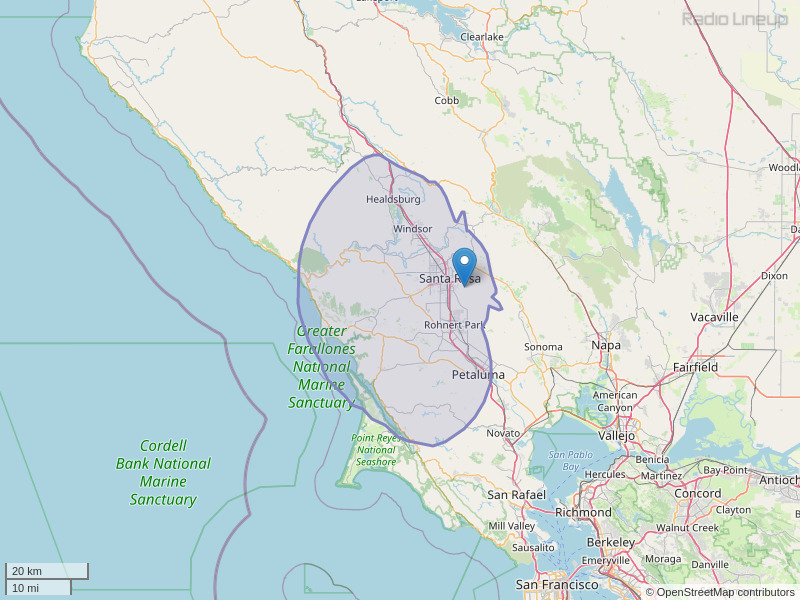 Would like to hear Bette Midler's version of Mambo Italiano. Recently heard it and it's pure fun. I also like the one played often on your station. Thanks.
By: Frances Vera on February 26, 2013

Been a listener since 2004 and your station was my favorite station until recently the signal in Petaluma has changed from great to non existant. What on earth have you done? Your signal is now so bad at my house that other stations go over you, and I don't speak spanish! While driving, your signal doesn't become stereo until I get to the top of Cotati Grade. What has happened? I use to listen all the way to Novato...Please respond.
By: Greg MacCarthy on June 26, 2013

Play some Lindsey Webster!
By: Susan on September 1, 2016

Tiburon Film Society will present "The Jazz Ambassadors" at the Tiburon Library located at 1501 Tiburon Boulevard in Tiburon, on Thursday, April 11, 2019 @ 6:30 PM. Running Time: 90 minutes Country: USA Genre: Documentary Cast: Quincy Jones, Luis Armstrong, Duke Ellington, Charli Persip, Leslie Odom Jr. Director: Hugo Berkeley Description: The Jazz Ambassadors tells the little-known story of when America deployed jazz legends like Louis Armstrong, Duke Ellington, Dizzy Gillespie, and Benny Goodman, along with their mixed-race bands, to fight on the front lines of the Cold War, giving the Civil Rights Movement a voice on the world stage when it most needed one. Drawing on an incredible performance archive and detailed personal accounts of the tours, as well as cinematic re-constructions of crucial sequences, the film immerses viewers in this thrilling journey, accompanied by a truly swinging soundtrack. ------ Admission is FREE and open to the public
By: Marty Johnson on March 25, 2019