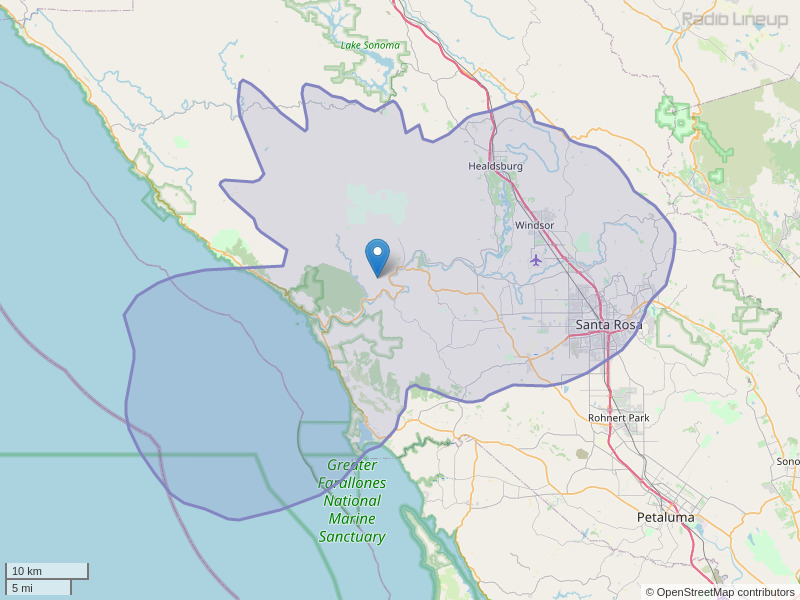 Why do you keep playing the same songs multiple times during the day and night? Also, you seem to be stuck on one or two generations, what’s up with that? When I first dialed in I thought this is great. But within three weeks I began to here the trend of single minded programming to one person’s personal music preference. You should open up to increasing your programming to include more fifties, sixties and seventies. With forty or more years of great music to play, you shouldn’t have to repeat as often. My feedback, John
By: John on January 25, 2013

Too many short versions of songs played.You should play the long versions.
By: rob on January 29, 2013

With all the great music that happened between the 50's 60's 70's & 80's how can you seriously limit yourself to the same fifty records over & over and I love stevie wonder a much as anybody he is a musical genius but a stevie wonder song every hour is lame repeating artists during the same twenty four hours is lame period. I really dont want to hear the same records over & over no matter how much money you waste on testing that tells you otherwise
By: David on February 23, 2013

The wolf sounds alright by me.I am use to tight playlist stations living withim KRTH L.A. Signal.
By: Joe Costanzo on April 26, 2013

so we really like your station at work, we sing along with the songs, really like the 80s and 90s, but it seems sometimes you guys get stuck in the 50s, thats when we all want to change the staion!! But we leave it on cause we like it overall, keep palying, but the newer ols songs.
By: katrina on May 21, 2013

We have been live streaming your station since you started in our office all day long! We LOVE it! Keep up the perfect playlists!!!! Keep Wolfman Jack!!!! Today for some reason, can't get livestream anymore....what happened? It won't come up on any computer.
By: Jana Marie on May 23, 2013

I love this station! I know that Wolfman Jack passed away, so besides the old programs, who else is doing 'that' voice?
By: Virginia on June 12, 2013

We love this station. I love Wolfman back in his day. Wolfman died in the 80's at age 57. So who is this? Is it recordings if so clever, or is it his son. I agree with someone stated too many repeats of the same songs, especially when you have a 40 year window. I will continue to listen. Please play some country too. Thanks love you guys.......katiedid
By: katie on June 15, 2013

Dear Wolf, the Marin Sonoma Beatles Festival is just five weeks away and will be held at the Sheraton in Petaluma on Sunday July 28. It is hosted by DJ Dr Robert of Beatles Radio.com, and stars the Silver Beatles and Pepperland Band. Also, comedian Griffin Daley will perform. Would you like free tickets to this event? Also, would you like to interview Dr Robert? For tickets, please contact me at 415-990-9039 and for an interview please call Dr Robert at 707-552-2499. Thank you so much, Charles Likas
By: Charles Likas on June 21, 2013

Really LOVE this station. Camped in Guerneville last week and found this station. Wish we had this in Los Angeles.I've book Marked your station so I can listen to it here in southern CA. Love ALL the different kind of music you play. Keep Rock'n it. Peace Out.
By: Jo Hunter on July 3, 2013

I suggest you put the man that was showcased at American Graffitti 2013 live on ur radio station. I seen him perform he sounds and looks like the real wolf man. He's the reincarnated original wolf man !
By: Mary Anne on July 7, 2013

Great radio show. Haven't heard from the Wolfman since 1968 San Diego, CA. A pleasant surprise when we were camping at the Casini Ranch last week. 2891
By: Pete Hardy on July 29, 2013

I love this station! It reminds me of when I was a rocker in The Haight sing'in n dan'cin @ the Avalon, The Fillmore, The Family Dog, Winterland, etc. and also The Motown sound (when I was really young.) The whole station reminds me that "Once a Rocker, always a Rocker." Age is only a number. And I'll be rock'in until I go to that Big Concert in The Sky. Thanks for bring'in a smile on my face every day! U rock Wolfman! The Diva
By: The Diva on August 1, 2013

Discovered your station while camping in the Redwoods..Great to cook to and listen by the campfire!
By: Kim Gilmore on September 15, 2013

I'm liking the station,,,but not the part when the DJs or the pre recorded songs are cutting off way before the songs are finished,!!!!
By: Anonymous on September 17, 2013

I've been waiting for a station like this for a while. I have it on at home and in my car. Keep playing the 50's, 60's and 70's BUT NO 80's or 90's. I enjoy the Wolfman but some of his dialog with callers is raunchy or hard to hear so sometimes I'll turn it down and turn it back up when it's over. Thank you.
By: Debbie in Rohnert Park on September 20, 2013

I live in Dubbo in the central west of New South Wales, Australia & love the show. I listen to it on my internet radio & just love the "oldies". Thanks WolfMan Jack!
By: Leanne Tonniges on October 17, 2013

I love the music you play! I was wondering if you could tell the name and artist that sings the song with the lyrics of "wake me up when I am older" It was played just a few minutes ago. Thanks!
By: Janet Kahl on December 11, 2013

Please stop cutting off songs before they are over. You cut off Hey Jude today before Paul got to his great part at the end. You did it with Ray Charles, and now with the Beatles. Yikes
By: Linda on January 17, 2014

I notice you play American Woman by The Guess Who. Santa Rosa local man, Will Evankovich is now the lead guitarist for The Guess Who--performing all over the country. Give him a shout out.
By: Diane on August 3, 2014

Love this station! The music always brings back great memories and makes me happy! Don't change a thing! Sherry
By: Sherry Picinich on September 22, 2014

I think the Wolf is an excellent station. I like the morning drive team and Daren McCormick. You have a really good news team as well. I like the Wolf Man Jack Show and Casey Casem. Keep up the good work
By: Kit Taylor on September 26, 2014

I enjoy this station with a good mix of music and I like the fact that you broadcast Wolfman Jack and Casey Casem. Is this station broadcasted in the Bay Area? I loose reception when I drive to Marin. Thanks, Tammy
By: Tammy on November 4, 2014

I do love to listen to your station but I agree with the first person, John, that you are playing the same songs over and over every day. It seems to have gotten worse lately. Sometimes I hear one song two or three times in the same day. I will be glad to help out the program director if he needs it. Also too many hard rock songs are playing now. Please don't get like the S. F. stations. Bill on Oct. 9, 2020.
By: bill on October 9, 2020

Where's the d.j. that sounds like the wolf man
By: Anonymous on September 4, 2022