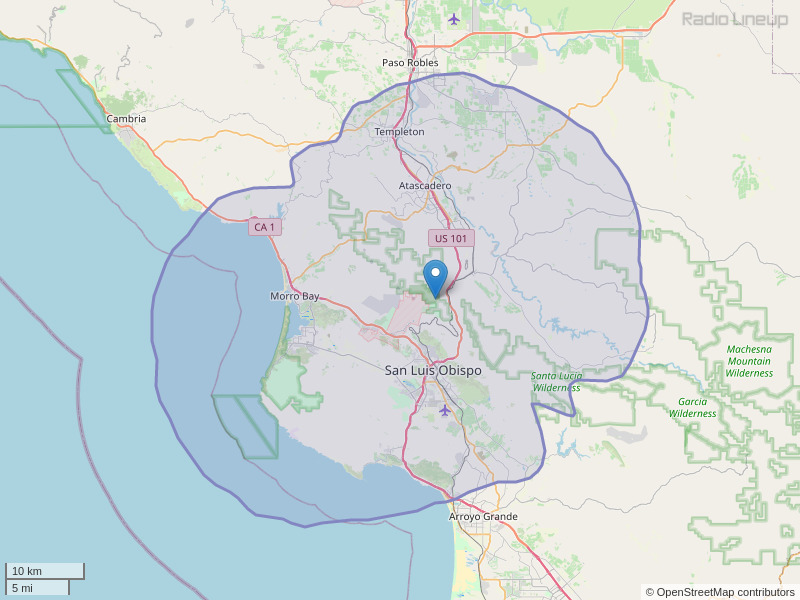 This station is owned and operated by Cal Poly State University San Luis Obispo. To those outside the area it is probably best known as the site that comedic parody musical performer "Weird Al" Yankovic evolved from. KCPR originally transmitted from a hill on campus land near state highway 1. After Clear Channel bought co-located KVEC and ended up managing the transmitter site, site changes were made to accomidate lucrative cell site hosting. As a result, the KCPR transmitter was moved to cuesta peak and licensed with less power. The signal was improved for listeners inland from the grade, but considerably degrade south towards Santa Maria. Making matters worse, being below the strength that formerly offered regulatory protection from new signals, the signal to the south became crowded-in by new adjacent-channel translator-type operation.
By: DBug on October 12, 2013

Greetings, I’d like to send some original music for you to consider. Is it best to send the CD since it’s an AIFF file or an mp3 via email. Would include a one-sheet as well. Have some blues, some country and other Americana. I’m registered with ASCAP, Soundscan, and all that. Thank you, Nathan Spooner
By: Nathan Spooner on November 23, 2018