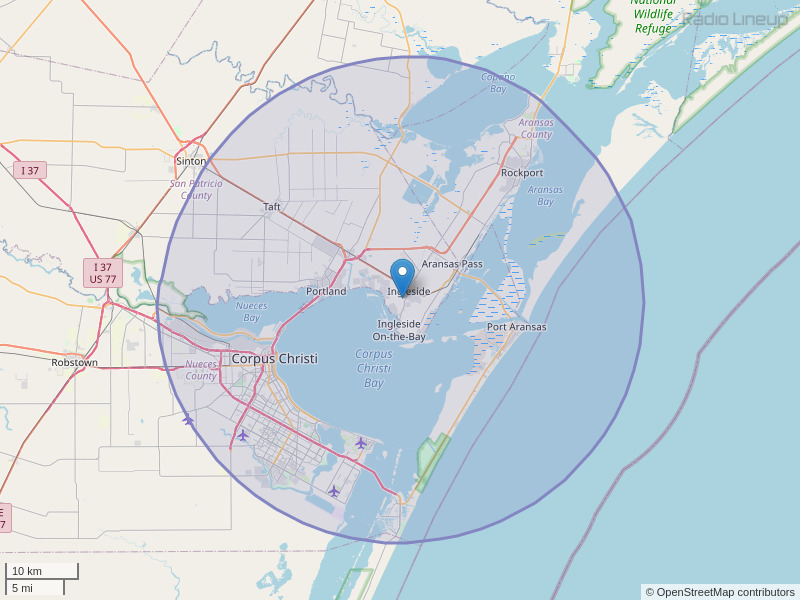 I listen to this station occasionally. Recently when I turn on is political (One sided). Personally I do not like listening to one sided politics - as this is one persons opinion and do not think is appropriate. God says we follow him but make our own decisions as we have freedom of will. Can you tell me were you get most of your information as some of it is incorrect.
By: Linda on December 19, 2017

Can notGet the radio station today is something wrong?
By: Sam mccleese on May 8, 2018

Hi I was wondering if ya'll do public announcements. We are hosting a FREE PLAY event in Beeville Texas on July 7th from 6:30PM-8PM for the children to get outdoors and have some fun playing. We would love all kids in and around Beeville to have this opportunity. Anything ya'll can do would be great. Thank you so much. God Bless from the Royalty Fit Family
By: Annette Howard on July 2, 2018

I was looking for music on the car radio and I came upon your station and I did not like that you preach and mix politics.To use the gospel to favor a particular person in this case Donald Trump the most divisive president this country has ever known.You would think that he is your next savior, Dividing the people is dangerous and you are as obnoxsious as Trump is.Using god and jesus to gain votes for your savior is a sin so stick to religion or politics and not both.
By: arthur gonzales on August 3, 2019

I just heard on your radio station that the media is fake news. I suppose that the host is referring to cnn and msmbc news channels.The news was never called fake news until your savior D. Trump started using this phrase. Show me an example of fake news from this two channels that is fake or a lie.Never before Trump that this fake news had ever been used. The fake is Trump but you praise him as if he spoke with the truth.Trump has lied over 1000 times and you call your self Christians.I am changing my radio dial as of this moment cause it is fake news for sure.
By: arthur gonzales on August 4, 2019

DR m. brown did u say that god or jesus talked to u? wow that sure makes me think that u and D. Trump have something in common.You are both insane plus your book Jezebel I suppose that god told u to write that book because god favores Trump and according to you jezebel wants to imasculate Trump but that is going against evil against evil, that does not make sense.I hope she does deprive him of his manlyhood and you of your book sale after all u are like your savior D Trump a con man all the way using the gospel in your case. There are so many people out there that want to believe or they do believe in the gospel that a high % of them will fall for your lies, god/jesus talked to you ,give me a break . You are a con man. Despicable.
By: arthur gonzales on August 12, 2019

Hello, thank you so much for your ministry. I was listening to a sermon that was about how a Christian cannot lose their salvation. I touched me deeply and I would love to know how I can get a copy of it. I believe it was Tuesday night, maybe about 7:30pm. He was teaching on Hebrews 6:4-8. I have a Christian brother that believes you can “lose” your salvation and I would love for him to hear this study. I really appreciate this station and how it’s been ministering to me. God bless you
By: Nat grillo on January 16, 2021

Today broadcast around noon, you had gentleman that was talking about slavery. I found it very interesting and would more info! Thank you, you have a great program! Keep up the good work!
By: Israel pena on February 21, 2021