City of License:
Corvallis, OR 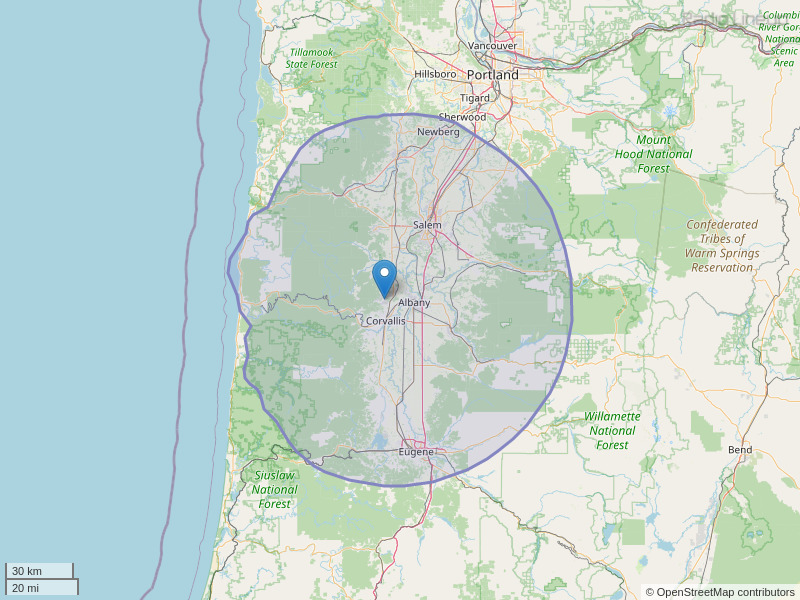 KLOO is frickin awesome!! They remind me of back in the day when DJ's were allowed to play album cuts and loads of variety! A lot of stations claim they play a variety, but KLOO is really the only one that does. Great rock all the time.
By: Lynnette on March 11, 2016

Please have someone contact me about advertizing
By: Wayne Goehring on October 25, 2016

Hi you guys ! Seems we're having a little confusion on new format changes , LOL . All stations go through this because of many reasons . I heard some rap this morning , please ! If you need suggestions about future new classic rock format I'd be willing to help. Been around radio for a long time . How about a 90's at noon ? Say from 11:00 to 1:00 .There's so many great rock / alternative songs that the 30 to 40 age bracket will love from the 90's. How about a late afternoon or evening play a classic album all the way through . Make some room for a 2000's hour or show with a real dj. Many rock and alternative songs from this era to attract the 20 to 30 year olds . Got to spend money to make money . Change to your listeners , don't try to get new ones , thats starting over completely . Good luck in the future.
By: David Ryder on March 9, 2021

Hi ,Been emailing you lately about new format . Just heard "System of a Down" 7:05 pm post. Now thats the format update I'm talking about . 64 years old , been a rocker all my life . System must have several songs you could play . Chili peppers , Incubus , 21 pilots , Imagine Dragons , fall out boy , stone Temple pilots , anything from Dave Grohl , Beck ,Godsmack and even Five finger Death Punch have lots of remakes , ballads and regular rock to satisfy a couple generations of rockers . But dont lose the basics . Add in some cream , Yardbirds and some Bob Seger from the 60's . Just trying to help !
By: David Ryder on March 9, 2021

I'm wracking my brain for the name of the cool morning dj from the late 90's to early 2000's? His daughter did a weather forecast before she went to school. Glad to see you are still on the air. Thank you
By: Robert on July 17, 2022