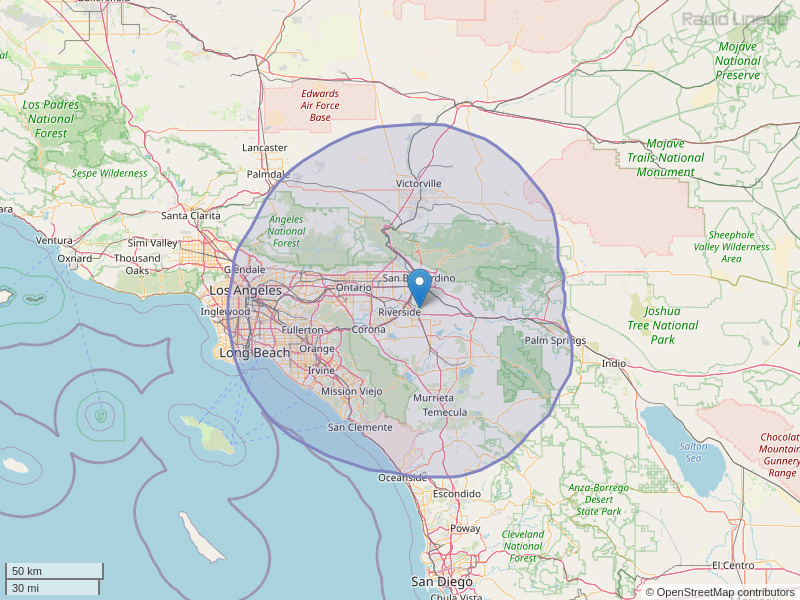 KOLA used to be great. Sucks now. All the same songs and way too much 80s. You can get that anywhere. Too bad they don't listen to the public like they expect the public to listen to their station.
By: Donna on March 15, 2012

Where are the morning dj's brian and patti that I have been listening to for my daily morning commute?
By: Carol Garcia on January 17, 2013

haven't been making the commute for a while then notice Brian and PAtti are not on - What up? see others miss them also.
By: fred on January 23, 2013

I am so sad that Brian and Patty are gone! Does anyone know where they are. They were the best! It made my morning to listen to them. KOLA is not the same.
By: Cindy on January 31, 2013

Im gone too! I liked the old kola. The new radio station is no good. I'm old Sokol. How do you go from playing Paula Abdul to the eagles! Your station is crazy. Is Jeff green still in charge. Let him go! I'm going back to kcal rocks
By: Mike diamond on March 21, 2013

What is Up with You Guys?Brian and Patti are gone,But no Breakfast with the Beatles.You will be turning Your Power off before Long.Don't You listen to Your Viewers????
By: Rockin K. on March 24, 2013

What happened to kola they used to play good music. Now they play the same songs over and over and they are all mostly from the mid 90's. How is mid 90's music classic. Also the artist that are listed in this website as the most played are not played at all. Wish the station stayed the same or at least give a variety of artist and music not that they play the same songs over and over.
By: Going back to krth on July 17, 2014

When did you decide "oldies" meant DISCO- DISCO SUCKS ! go back to classic ROCK .
By: janice smith on February 3, 2017

Ok ,now i am really kinda upset.I watch the news everyday before i physically go into work at my "essential job" and on the way to work i listen to the radio .Everyday on the news and radio even online i hear all kinds of thanks and appretiation given to emergency response teams,medical workers ,and grocery workers and that i was ok with because they are hit hardest .But today i watched a special you did on essential workers and you had grocery workers,bus drivers and postmates and it really upset me because i work at a shell gas station in moreno valley and NO ONE CARES ABOUT US WORTHLESS GAS STATION ATTENDANTS . Even though we get all the rushes of people who want to avoid grocery stores coming into our even smaller stores to buy milk,beer,cigarettes,lotto,snacks,etc. I WANT TO POINT OUT NO ONE, INCLUDING EMERGENCY RESPONSE TEAMS,MEDICAL WORKERS,BUS DRIVERS,POSTMATES,GROCERY WORKERS,NOT EVEN NEWS TEAMS ,WOULD BE ABLE TO GET TO WORK OR ANYWHERE ELSE WITHOUT THE GASOLINE THAT WE PROVIDE ! So people should really think of that and maybe include or even just acknowledge the work that we do after all we have lives that matter too and we work just as hard and risk our lives everyday to keep gas in your vehicles....just sayin.Im sorry but its just really sad that no one cares about me and my coworkers lives and the hard work we do,sanitizing the pumps,the store,the customer restrooms,coffee pots,soda fountain ..every 30 mins ,i work alone every fri-sun fro 3pm to 10 pm ,try getting all that done and running the register by yourself .we work hard.
By: Theresa E Greene on April 17, 2020