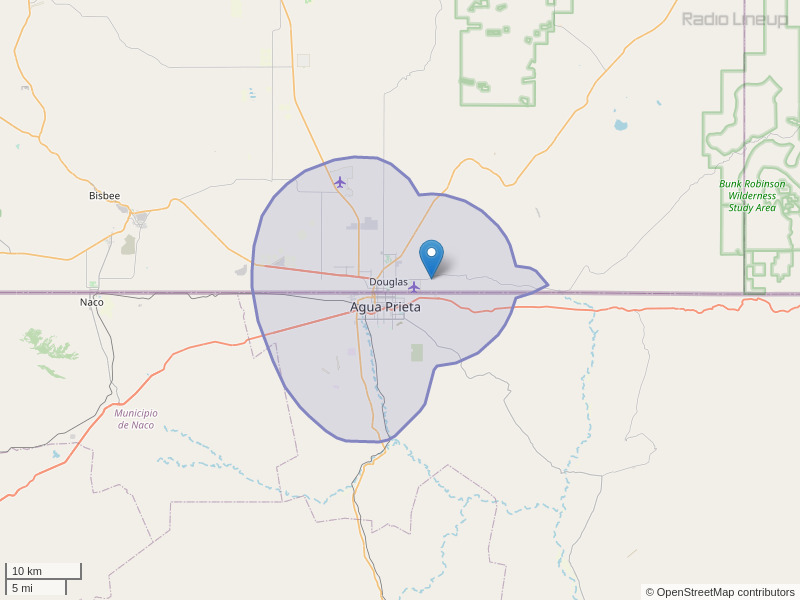 I was just made aware of this station here in my hometown Pirtleville/D-town and I am so pleased to have such great music available here!! Love the selection of music!! Great job KREE. Shout out to my moms Luz Elena Campas and pops Eddie Sr. Campas!!!!!!!
By: Eddie Campas on October 18, 2014

Everybody in Douglas likes this station. PERO NO ME GUSTSA. Los estupidos like it because they speak Spanish. The station is from California. All the shows are from California. Why don't the Douglas peoples take control of their own radio station. Or do you like California peoples telling you what you like and what you should do? Tell these peoples to go back to California and let the Douglas peoples run their own radio.
By: Uvaldo Perez-Guzman on December 7, 2015

There are too many radio stations in Douglas. For a small backwards town of about 15,000 people there are 2 AM stations and 4 FM stations, not counting the stations across the line in AP. No wonder local radio is CRAP!!!! Now that the owner of KDAP-FM (the last real radio station in Douglas) has passed away, that station will probably become a bunch of basura too. Douglas's Moto "VIVA MIERDA"
By: RRR-MMM on December 9, 2015

I have lived in Douglas all my life and this radio station insults me and all Mexican/American people. If you look at their website, they were formed to serve the migrant farm workers in the central valley of California. We here in Douglas are not migrant farm workers in California. STOP TREATING ALL SPANISH SPEAKING PEOPLE THE SAME. We have our own problems here on the Southern Border, but this radio station doesn't care about our problems. What is "Radio Bilingue's" agenda for having a station here in Douglas? It is probably just to broadcast their liberal/socialist message. They insult us by treating us all like uneducated illegal alien farm workers who need to be protected and told what to do and how to think. My father and mother who came from Mexico taught us to think for ourselves and make our own decisions. My suggestion is to contact this station (which only lists a California telephone number) and tell them if they don't start serving our community, to move their station back to California. The Mexican/American people of Douglas have more self respect and integrity then you give us credit for.
By: Epifano Rodriguez on January 4, 2016