KRRX is an FM radio station broadcasting at 106.1 MHz. The station is licensed to Burney, CA and is part of the Redding, CA radio market. The station broadcasts Rock music programming and goes by the name "106 X" on the air with the slogan "Redding's Rock". KRRX is owned by Mapleton Communications. 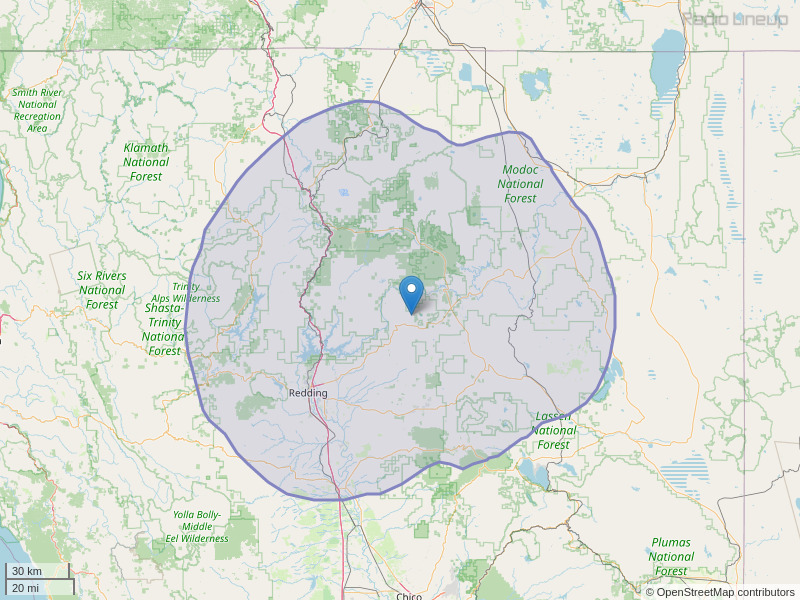 Hello, I've been listening to the x since 2014. And often I have thought about sending a letter to ask you about your daily program, lineup? The main question is how you could possibly play the same ol songs day in day out every week of every month all year long?? Seriously, it's pretty lazy of you and frustrating for me. . Example: every time you play a song by 3 doors down ' you always play , the kriptonite song. .. like it's the only song they ever did, ... They have way better hits on that album, and even better albums than that one. You guys never ever play Creed , why IDK... When you play Godsmack you never play 'Greed from the Awake album but almost on a daily basis thru out the day you'll play the whole Core album by STP. How many times do I get to hear GnRs welcome to jungle ' per week?? Or motley crew over and over? Not to mention the new guys song ' Rolling 7s., Literally put a chain on it drag it down the road, ur wearing it out,as one of many before it. What happened to DJs that actually made up a daily line up and took requests thru out and that would make the program differ from the day before. ?? I DJd for seven yrs. And you guys really are the laziest, non imaginative non productive crew I cannot stand to listen to most of the time. Get it together. Just sayin'
By: April Bradley on April 14, 2020