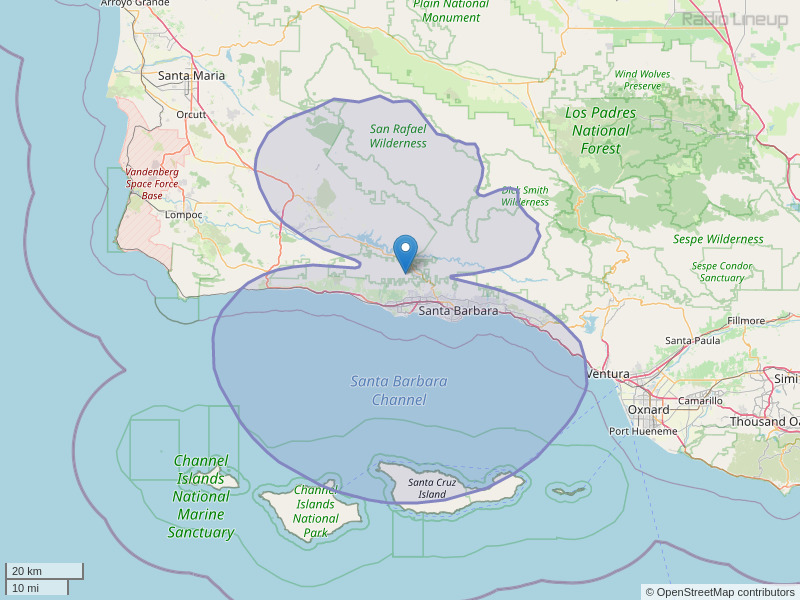 Can your station please play the new single by Adam Lambert, "Ghost Town," from his upcoming album called "The Original High"?? The single is out now. Thanks.
By: avalon on April 22, 2015

They are flying the flags at UCSB to honor the death of my father, DR ROBRT MURRAY THOMAS, today- Dec. 1, (he passed away last month.) the first DEAN OF EDUCATION at UCSB- also head of the comparative education department, one of the editors of the INTERNATIONAL ENCYCLOPEDIA OF EDUCATION, helped many nations with their educational systems (such as INDONESIA & AMERICAN SAMOA). Was a kind and gentle man who was supportive of his family while working so hard (published over 400 articles and books- over 57 books.) So honored to have the chancellor do this for my father, Kathryn Lissa Thomas (his daughter, UCSB alum, just retired June 2016 myself after 41 years of teaching, 31 years at MONROE ELEMENTARY school , Santa Barbara School District) 805-570-2098 If you're having trouble viewing this email, you may see it online. Office of the Chancellor, UCSB November 30, 2016 Dear Members of our Campus Community, I am saddened to share with you the news that Professor Emeritus Robert Murray Thomas passed away in Paso Robles on November 4, 2016. A brilliant teacher and scholar, Dr. Thomas joined our campus in 1961 as a visiting professor and became a tenured professor the following year. He served as the first Dean of what is now our Gevirtz Graduate School of Education, a position he held from 1964 to 1969. His visionary leadership of the school at its inception laid the foundation for what is today one of the best graduate education programs in the country. During his three decades of service, he taught classes on educational psychology and directed our program in international education. He retired as Professor Emeritus in the Department of Education in 1991. Professor Thomas, who earned his doctorate from Stanford University, continued writing academic books, journal articles, encyclopedia entries, and book reviews well after he retired. I understand he was still publishing until last year. He authored more than 400 professional publications throughout his career, including 57 books for which he served as author, coauthor, or editor. Murray began his career in education as a high school teacher at Kamehameha Schools and Mid-Pacific Institute in Honolulu. He then transitioned to teaching at the college level – first at San Francisco State University, then State University of New York at Brockport, and later Padjadjaran University in Indonesia. He also conducted cultural research in American Samoa and Indonesia. Our hearts and thoughts go out to Professor Thomas’s family, friends, and colleagues. In honor of his memory and in remembrance of his many contributions, our campus flag will be lowered tomorrow, December 1. Sincerely, Henry T. Yang Chancellor UCSB Copyright © 2016 The Regents of the University of California. All Rights Reserved. UC Santa Barbara | Office of the Chancellor | Santa Barbara, CA 93106-2030 US
By: Kathryn LISSA THOMAS on December 1, 2016