KVUU is an FM radio station broadcasting at 99.9 MHz. The station is licensed to Pueblo, CO and is part of that radio market. The station broadcasts Hot AC music programming and goes by the name "My 99.9" on the air with the slogan "Southern Colorado's Hit Music Channel". KVUU is owned by iHeartMedia. 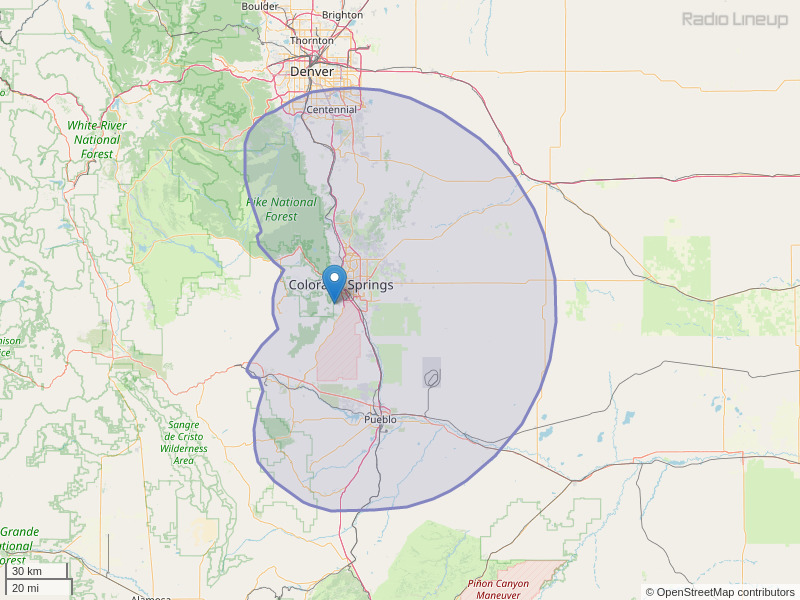 Hi I live in La Junta CO and I listen to My 99 regularly. Recently I want to give a comment about a brand new song by Justin Timberlake that he just recently released called Filthy. I think that song sounds weird and very different and scary and unfit for the pop station. It is outside of conventional standards. A good idea is to take a vote for a song like Bump it of Dump it and then the song with the most votes will become a hit. Thanks Kathy
By: Kathy Del Rio on January 17, 2018

I worked at this station back in the 80s as a sales assistant. Its sister station KSSS. Bobby Irwin was the Program Director. I was there 7 years. One of the best times of my life. Learned a lot.
By: Mikki Kelley on October 29, 2018