KWCC is an FM non-commercial radio station broadcasting at 89.5 MHz. The station is licensed to Woodland Park, CO. 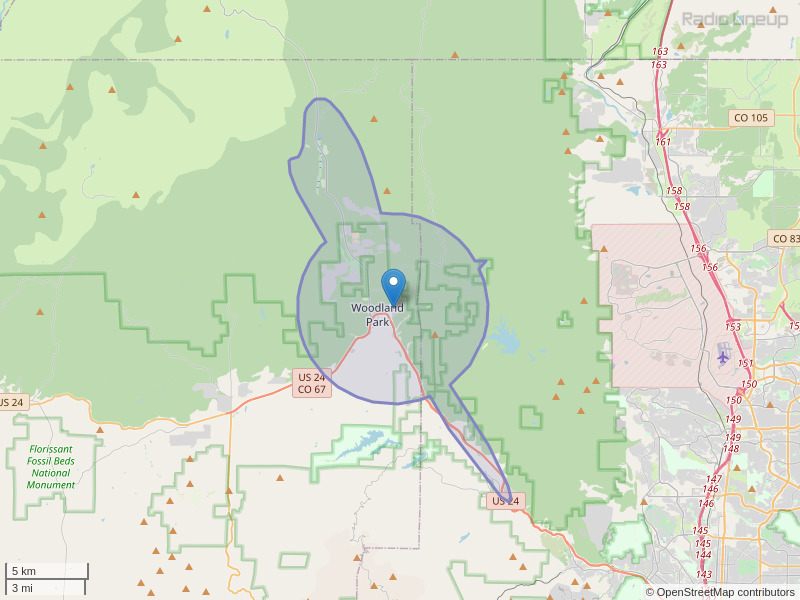 Hi, Wondering if you do public service announcements? We have a fundraiser coming up for Haunted Trails for our special needs camp and was hoping we could air it? Sharron
By: Sharron Nickerson on September 16, 2015

Colorado, These are 2 three minute videos that you should all check out! According to the news Colo. is one of those states that is anti-border wall and is a supporter of the ILLEGALS! The news keeps making it sound as if The Border Wall is a something that only the terrible, racist, Republicans are pushing for, BUT!! See what our great Democratic Pres, Clinton had to say on his (google) "Bill Clinton 1995 State of the Union immigration comments" where he was cheered by all parties. Then google "Bill Clinton talking like Trump on immigration" where the two of them sound like they're reading the same script of our national security! Here in San Diego we're having riots and marches and they're passing around notices and posters that list all of the states that are against the border wall and are supporting ILLEGALS, and Colo. is one of those states! It is suggesting that your states must be all the more generous with social services (welfare, housing, medical, education, etc...) than states that are supporting the wall ! These notices are ready for the taking at many (if not all) of our Home Depot's & Lowe's and more of the regular morning pick up places where thousands of ILLEGALS go everyday for their jobs that a large number of our fellow US CITIZENS could handle! Call ANY Home Depot or Lowe's here and ask! READY OR NOT HERE THEY COME! We'd rather have honest Legal immigrants than your dishonest Illegals who cut in front of the Legals!
By: Jeff Curtis on February 13, 2017

#DumpDOUG campaign has begun! Rebecca Keltie is a direct congressional contender in the race for Colorado District 5, U.S. House of Representatives. Rebecca Keltie is a U.S. Navy Veteran of almost 21 years. In her arsenal she brings her experience dealing with foreign and domestic forces, military and government contracts, civilian executive leadership positions and plenty more. She is listed under the Unity Party but make no mistake, Keltie is definitely the one to watch as this political race revs up for the 2020 election. As a Moderate who leans right, she is ready to kick ass and take names. www.keltieconnection.com Campaign Director: Bill Hammons, email: hammdog@gmail.com
By: Rebecca Keltie on January 6, 2020