KXXK is an FM radio station broadcasting at 95.3 MHz. The station is licensed to Hoquiam, WA and is part of the Aberdeen, WA radio market. The station broadcasts Country music programming and goes by the name "Kix 95.3" on the air with the slogan "The Harbor's New Country". KXXK is owned by Alpha Media. 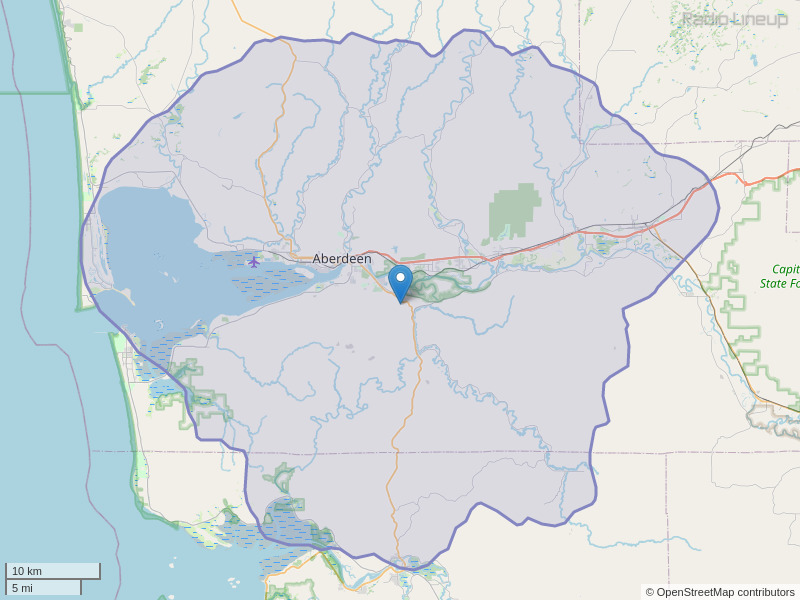 We have been trying to get somebody to listen to our story but so far we have been treated like low-lives whose lives our worth less than a dog's life. The story about the dog in Copalis Beach is tragic, but we our in the middle of an Environmental Health condition. We live in Pacific Sands Motel in Ocean City Washington. When we moved here with our children we were told everything was safe for them to live here, nice people. Then last month we get served summons from Grays Harbor Superior Court because the owner of the motel was told clear back in January that he needed to fix the septic system which is draining into the ditch behind us into a creek and then into the ocean. We have been told it is a health hazard to not only us but the community around us for such things as E-coli, Hepatitis C among others. Everybody who lives here are here because it was a place we could afford for our families. The owner of this place is legally obligated to pay us $2000 for relocation, he offered us $1000 and we had to sign a paper that we would not sue him for anything else. My daughter and son-in-law are sick right now that could very well be from the conditions here. nobody has the money to move from here some of us prepaid rent because we are college students and pay rent for 3 months at a time with our financial aid. Our manager abandoned us and we have no maintenance man. The owner can not be reached by anybody. Yesterday he started turning off utilities on us we might have enough propane to last until Monday which is our main cooking, heating, and hot water source. We have kids here the youngest is 11 months old without heat it could get really chilly at night for him. The people living here are either low-income families, disabled people, or college students. My neighbor attempted to talk to KOMO news 4 yesterday when they were down here for the dog story and was treated like we didn't matter we are maybe 5 miles from where they were. The man who is responsible for this owns 3 other businesses and sits up in Everett not caring about the people down here in this hazardous place, the fish, sea creatures and other animals around here. We may be lower class citizens but we are human and thought we deserved to be treated as such. We just want to feel like somebody cares enough about this story to get it out there for people to be aware of the hazardous conditions going on in this small tourist community. Hope to hear from you soon, Sarah Fruchella ​ (360)591-6276 (360)824-0935 Pacific Sands Motel 2687 Ocean Beach Hwy #3 Ocean City, Washington 98569
By: Sarah Fruchella on October 5, 2014