WBWN is an FM radio station broadcasting at 104.1 MHz. The station is licensed to Le Roy, IL and is part of the Bloomington, IL radio market. The station broadcasts Country music programming and goes by the name "B104" on the air with the slogan "Continuous Country Favorites". WBWN is owned by Cumulus Media. 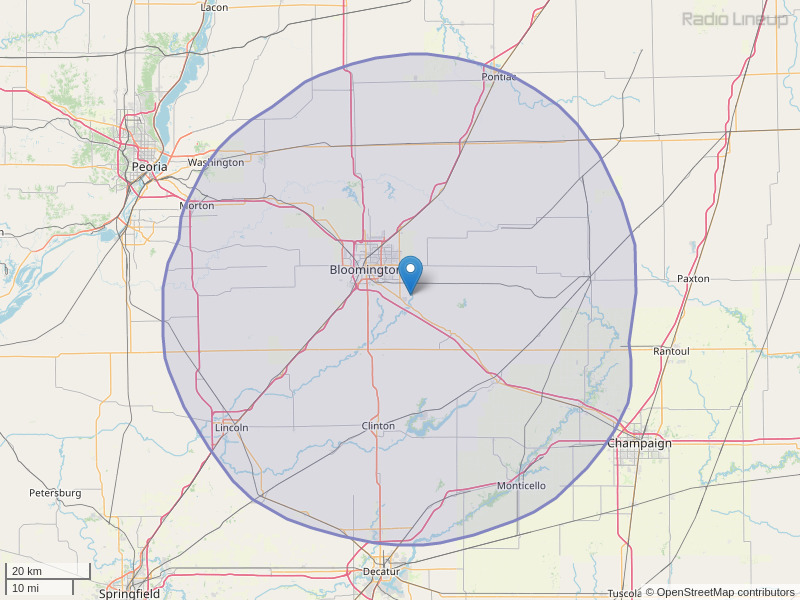 Ivan Parker and the Ball Brothers are returning to Lincoln, Il. Their annual joint concert has become a very welcome first sign of spring, and this year will be better than ever. Ivan Parker is well known to gospel music fans as one of the most awarded and popular gospel singers of this period. His appearances across the nation and in foreign countries, plus his performances on the Gaither Homecoming Series, have made him a familiar face and voice to millions. The Ball Brothers, now residing in Chickamauga, Georgia, spent their childhood in Lincoln, Il., where their father was a Baptist pastor. In 2006, they began singing as a family quartet and have been blessed to enjoy a steady ascent to the top of their profession. They gained valuable experience and exposure touring with such distinguished groups as Signature Sound, Gold City, and the Gaither Homecoming Series. Young people will enjoy their energetic performances and older audiences will appreciate their wonderful four-part harmony. Plan to be at Hargrove Chapel on the campus of Lincoln Christian University at 6:00 p.m. on Saturday, March 29, 2014. For ticket information, write to Karla Daubs at 504 S. Keefer St. Mason City, Il. 62664 or call 217-482-5114 and leave a message with name and phone number, including area code. Information is also available by emailing hankdaubs@hotmail.com. Tickets can be picked up in person at City Hall in Mason City from 9:00 am to noon and 1:00 pm to 4:00 pm Monday through Friday. Tickets are also available at MKS Jewelers at 614 Broadway in Lincoln.
By: Hank and Karla Daubs on March 5, 2014