WCRZ is an FM radio station broadcasting at 107.9 MHz. The station is licensed to Flint, MI and is part of that radio market. The station broadcasts Adult Contemporary music programming and goes by the name "Cars 108" on the air with the slogan "Flint's Best Mix". WCRZ is owned by Townsquare Media. 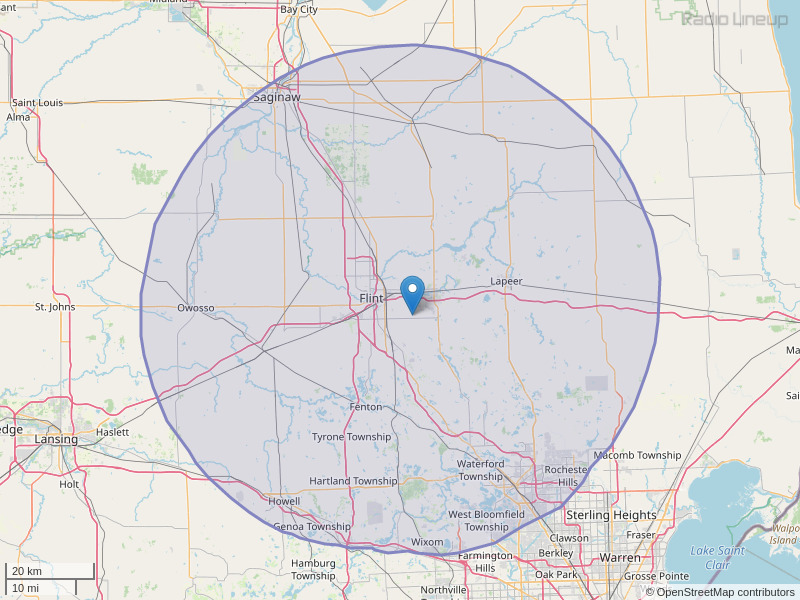 Was wondering what happened to Rod and the morning show!
By: Leann on August 23, 2014

I miss the old morning show with Rod so very much. Just can't get used to the new people.
By: Shelley on October 24, 2014

Miss the old morning show so very much! I have tried the new people, but they are so monotone. No one at this station has replied to previous comments of mine! They don't care! Please don't forget, I am a consumer! I so hope you will email me! Please!
By: Shelley Mannings on October 30, 2014

How about playing some "Il Volo". Maybe, "Little Things", "We Are Love". Any of their songs will do! They will be in Detroit area soon. You might want to do that hotel thing with them. They have a huge following all over the world. They recently won the Latin Billboard award and will, hopefully, win the San Remo Festival award. Thanks. I look forward to listening to "Il Volo" on Cars 108fm. Carol
By: Carol on January 13, 2015

Hi, I would like to know what is your song submission policy? I have a CD entitled " I Saw Two Rainbows In The Sky." How can I submit a free copy to your radio station? My CD is on iTunes. My most requested songs are " It's All About You" and "Sing Luther Sing." Please let me know if you can help me out. Thank you, Dadisi
By: Dadisi Netifnet on March 17, 2015

Can you tell me the name of the realtor that used to be advertised on your station that guarantees the sale of your house or they buy it from you? I haven't heard the advertisement in a long time and can not remember the name. Thank you.
By: Karen on October 27, 2015