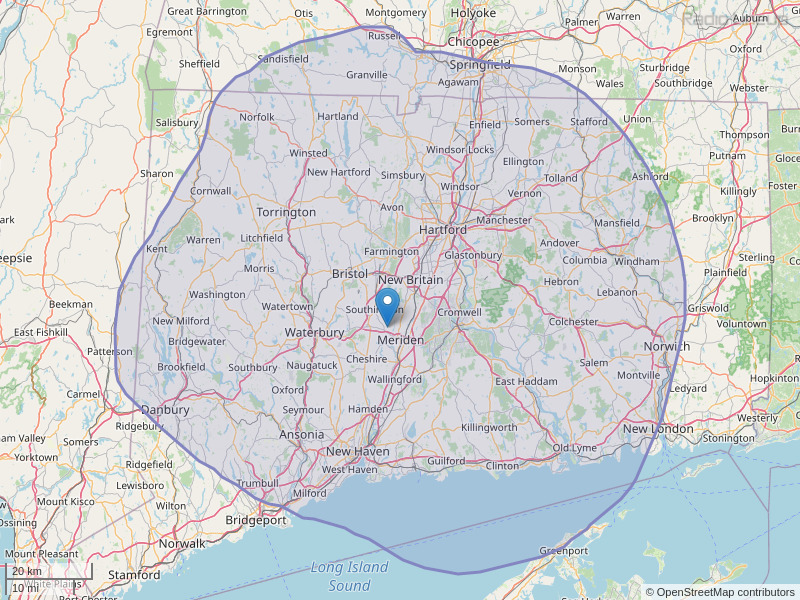 Used to be a great classic hits station. Now it plays a worn out classic rock format that plays the same songs over and over every day. Miss the old drc fm.
By: John on May 23, 2020

WDRC use to be my go to station. Ever since you narrowed your playlist to just classic rock your station sounded boring and repetitive. I mean now I know exactly what's going to be played because there's no variety it's just the same 10 Leds zeppelin, Pink Floyd, Aerosmith songs recycled everyday. It's nothing like what whcn or wccc was. I can never get over why you blew up a great oldies station for classic rock. I miss hearing bands like Jackson Browne, Chicago, Earth wind and fire, Stephen Bishop, Gerry Rafferty, America, The Chi Lites, Christopher Cross and many other great artists from the 70s and 80s that you removed ever since your format change. Classic Rock 102.9 the whale is a joke! FM radio is really going downhill.
By: Jackson on August 8, 2020

Do you do any public affairs programing? I would appreciate the opportunity to address your listeners on issues concerning the upcoming election from the Green perspective. tom@tomforcongress.org 860 236-4923
By: Tom McCormick on October 14, 2020

It's too bad that all the older music stations in CT are all rock based. 102.1,99.1,105.9, and 102.9 are all playing some form of classic rock. Whatever happened to disco and soft rock from the seventies and eighties? The low powered 96.1 station doesn't cut it for other types of classic hits. The music you are playing currently isn't really all that great. How about bringing back the big D that everyone I know misses?
By: Frank on October 21, 2020