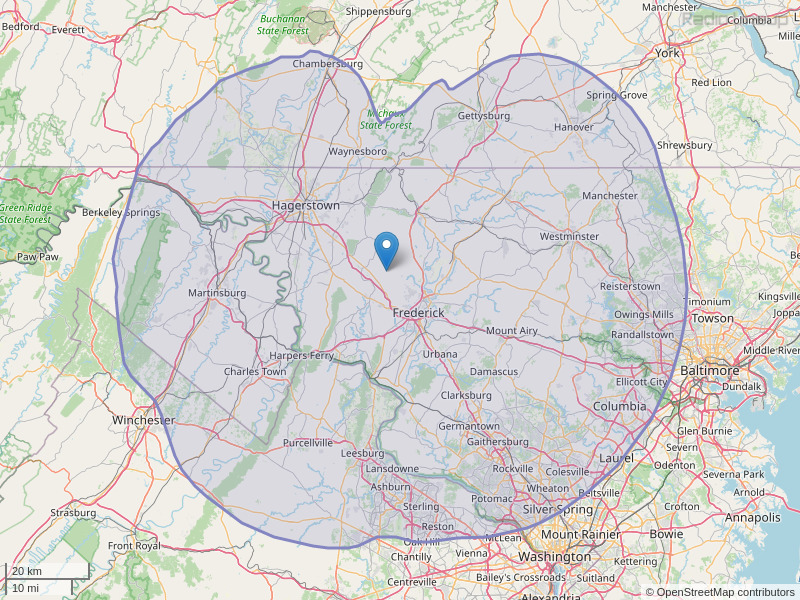 I found WFRE's promotion of hanging bras on the property of Shockley Honda in extremely poor taste. I viewed this on Route 85 Monday, 10/31/2011 and Tuesday 11/1/2011. It is really quite sad. I had read these bras were collected as a charity donation. There was a notice posted on the bulletin board of hospice in Frederick. I also called Shockley Honda. I believe the management had not approved of the display.
By: Valerie Lovingood on November 2, 2011

Hi, I was wandering if you have any positions open for a board op., or a promotions assistant or possibly any internships available.
By: Dakotah Keaton on March 24, 2015

The Country Rewind broadcasts are absolutely great! Thank goodness there is a radio station that continues to value and appreciate the traditional country music that helped form the backbone of the USA. Many thanks!
By: Mo Coleman on June 27, 2015

I am wondering and I have talked to several other fans of Laine Hardy, remember him he won American Idol 2019. Why is it that WFRE has NOT played any of his music. The young man is a find Country Performer and a Strong Christian as well. He has proven himself in many ways and appeared on the Grand Ole Opry last weekend. PLEASE can You Play some of Laine Hardy's Music ------------ PLEASE.
By: Donald on September 8, 2021