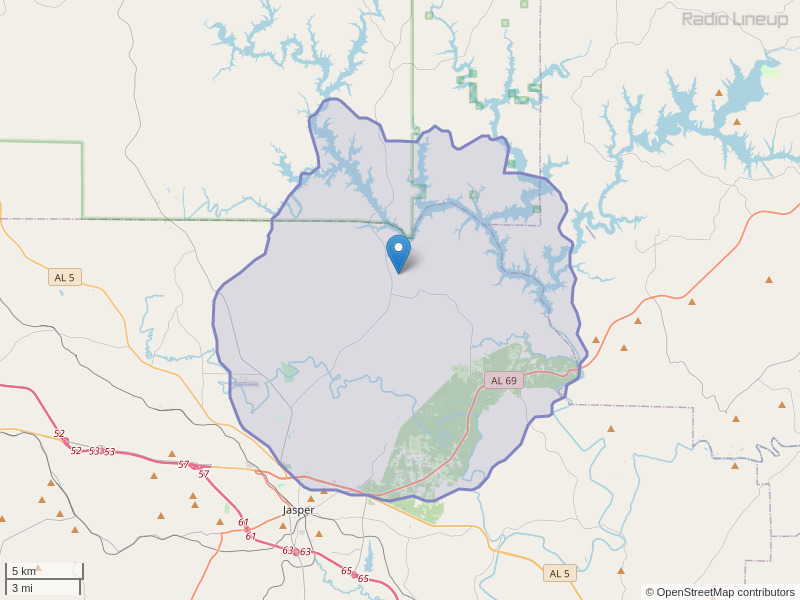 What is it with this station? I was here and, in a single day, I heard C&W, alternative rock and southern gospel all mish-mashed together? I don't see very many people wanting to be preached at and sing praises to Almighty God so they can be headbanging about going to hell or picking a guitar and singing about drinking and cheating on a wife within the next 10 minutes. This one belongs in the "small town mentality" category and I don;t think anyone will listen to it more than the 10 minutes it takes to go from one extreme to the other. (The station is like "Praise the Lord! Please pass the alcohol and the drugs!")
By: Jonathan Doll on March 23, 2011

Great station, some people just want to make hateful comments. I chose to enjoy the feeling of nostalgia, great memories of when radio stations weren't owned by mega-corporations with their data gathers and bean counters. Ladies and Gentlemen, please keep on doing what your doing!!! Rodger
By: Rodger Sides on August 6, 2014

Hello, My name is Mark Evans and I'm an Atlanta based comedian that has been working the road since 1993. Over the years my show has been developed around my brand called "Southern Not Stupid!". I have recently written, produced and released a song and video with the same title. In its second week it was already picked up and played on Pandora! I thought yall might be interested in this....I hope you like it! https://m.youtube.com/watch?v=XGCE3Iotjtk Mark Evans 770-380-6278
By: Mark Evans on January 17, 2017

I think this is the stTion I was listening to this morning. Was wondering what the name of a song u played abt a girl being seventeen and kissing like a woman. Can u help me with the name of the song
By: Gwen cornelius on March 16, 2017