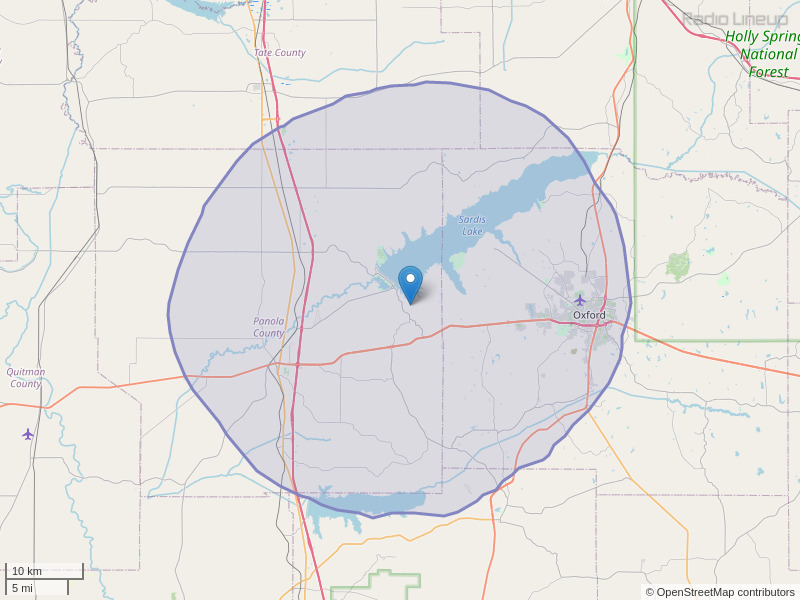 Hi how are you just stoped in to say sure would love it if you would bring back KBUD we miss it and everybody else do too so if it be God will can you get back with the preacher and His wife thanks
By: Pastor Keith Cole Sr. on June 7, 2011

I just recently moved to Harmontown Miss and found my K-love station on your 102.1 FM. Sometimes the radio will play and other times it's dead air. No sound, music, nothing. Is it something I am doing or is there a certain time of day that I can hear this station? Please help. It won't play on my home radio or car radio.
By: judi on June 8, 2015

On 08/18/2018, today, at 12:45-46 your station played a rap song. From Veggie Tales, supposedly, which is not really a Christian production now anyway. This last week, I also heard you saying how great it was that "churches are losing people to bars, movie theatres..." etc. Your station is owned by Flinn Broadcasting Company, a company responsible for the degeneracy of at least 3 generations, who have lost all moral values. To the female commentator- I really see through your new age Christianity attitude. Everything you say is laced with poison that sounds like an innocent attempt to be "open minded" which everyone sees through, who is actually educated in Biblical studies. I allowed my oldest child to listen to Christian rap, and she ended up transitioning to severely disgusting rap played on the radio, by... Flinn Broadcasting. You can guess how her life turned out, even though she was a Christian. She fell prey to the lure of secular rap music, thanks to Christian rap. You may think I am blaming the wrong thing, but I grew up in the era of gangster rap while in Church. Your station is robbing children of truth and misleading new Christians who just go to church because it's entertaining. Bands, Starbucks coffee bar, free breakfast, donuts, etc. There is also the issue of the pastor, Mr. Hamilton, who preaches racist rhetoric when he is not on your channel talking. You really should research people better. Flinn is destroying the culture and values of this entire country regardless of religion, race, ethnicity, or religion:, you are complicit in that. My mother left half of everything in her will to AFR, and I hate to know that you are an AFR channel. She didn't have much, but she and I have both donated to AFR over our lifetimes. I am sorely disappointed. Please try to stick to Christian doctrine, otherwise you're just another pop station, which I suppose you would love to happen since you'll be making more money. I will pray for all the "Christian" stations in this country, which have gained popularity because of Flinn's globalist campaign to destroy Christianity. You should do some research on the company you work for, then really search your soul. All I ask is to look into Flinn Broadcasting, and G. Flinn himself, and decide for yourself. I say this because I love my country, culture, and religion. I also am required to love people like you. So, I will conclude. In Christ's Love, Kris
By: Kris Sinnock on August 18, 2018