WLS is an FM radio station broadcasting at 94.7 MHz. The station is licensed to Chicago, IL and is part of that radio market. The station broadcasts Oldies music programming and goes by the name "94.7 WLS" on the air with the slogan "Chicago's Greatest Hits". WLS is owned by Cumulus Media. 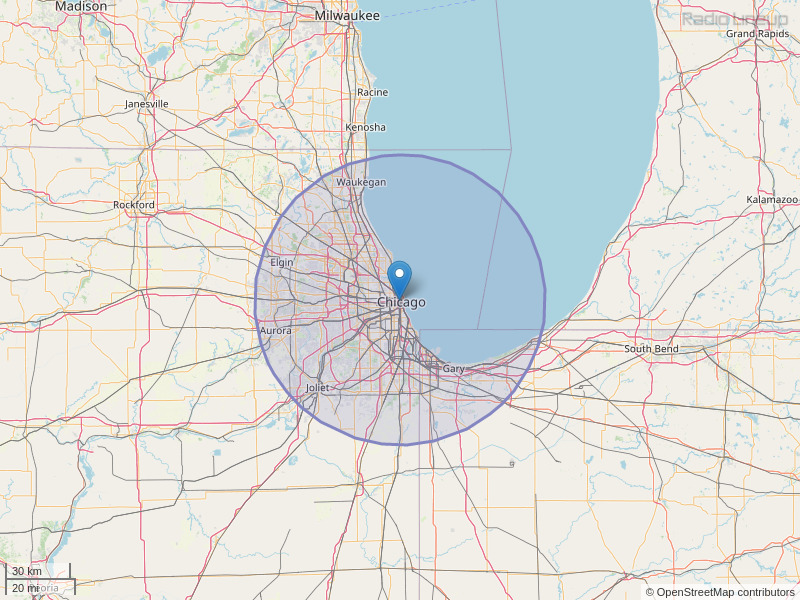 Great music!! I listen all the time! I need help...you have been playing a digitally remastered version of Phil Collins, "In the air tonight". I've tried to find it everywhere, with no luck. What cd is it from and where can I get the cd??? Thank You!! Keep up the good work...IT'S GREAT!! Ron
By: Ron Woodin on January 13, 2013

I used to be able to login on my android phone and get all the songs that were played for that whole day and i do not see it anymore
By: ms michaele carvell on January 22, 2013

PLEASE FIND A STATION IN CHICAGO THAT CAN AIR YOUR STATION;I ALWAYS LOVED TO HEAR IT.THE OLDIES OF THE 50"S AND THE 60"S WILL LIVE FOREVER.
By: ROBERT EDWARD WRAAS on September 6, 2014

I love your station. I listen to you everyday. I'm your fans years back. I love you Oldies I'm your loyal fans. Keep it going.
By: ROY MORIKAWA on May 24, 2015