WMAL is an FM radio station broadcasting at 105.9 MHz. The station is licensed to Woodbridge, VA and is part of the Washington, DC radio market. The station broadcasts News/Talk programming and goes by the name "WMAL 105.9 FM/630 AM" on the air with the slogan "Stimulating Talk". WMAL is owned by Cumulus Media. 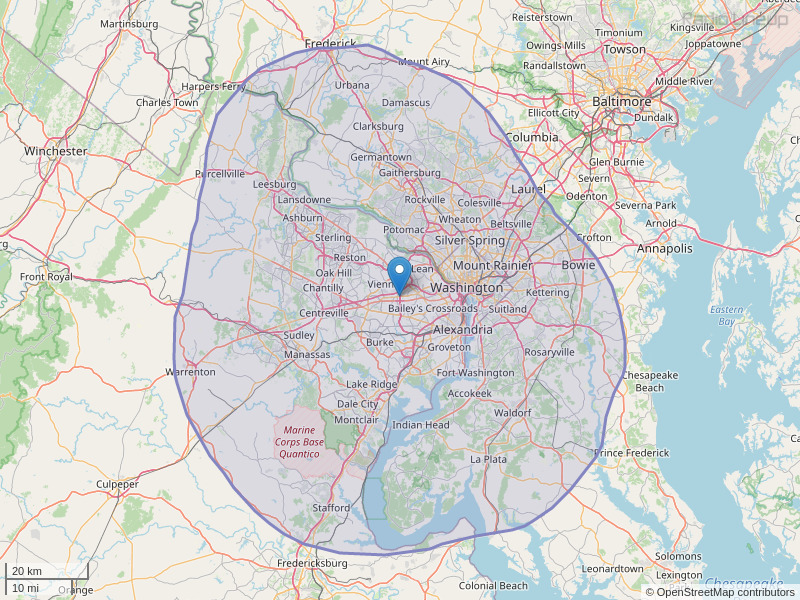 You advertise a full body imaging clinic in Virginia. Can you give me the name and number? I am visiting Chicago and want to find a similar clinic for one of my sons in the Seattle-Bothell area in Washington State. Thank you.
By: Carolyn Lewis on October 26, 2012

This is my first time listening this program with this man Chris. It is incredible how insensitive and sarcastic he is talking about Guns especially when we just lost 20 little beautiful angels. I would talk to all my friends to never tune this again. Show respect Maria Colon
By: Maria Colon on December 18, 2012

In my opinion, it is time WMAL examine its journalistic ethics and standards and its responsibility to the community. When you have a host, like Chris Plant, gloating over the killing Trayvon Martin, while calling the people who are expressing their concern over the outcome of this trial, "leftist" and "barbaric", you are resorting to the lowest standards of journalism and fanning the flames of an already sensitive situation. Is name calling, ranting, and race baiting the best you can do in addressing current issues. It is time your station take some responsibility for the content of its programming. FYI Mr. Plant, what is barbaric are the laws the Tea Party and the NRA have promoted in this old fashioned legalized lynching of an Afro American child. Is this the American heritage you keep alluding to in your on going rants.
By: eric fehr on July 16, 2013

Questions: Didn't Congress pass a bill to defend the Southern border and Bush signed it making it law? Didn't the Democrats in Congress refuse to fund it? What is the difference between refusing to fund a portion national defense and not funding or delaying a forced socialist program that will not work and will bankrupt our economy.
By: Jack Erickson on October 1, 2013