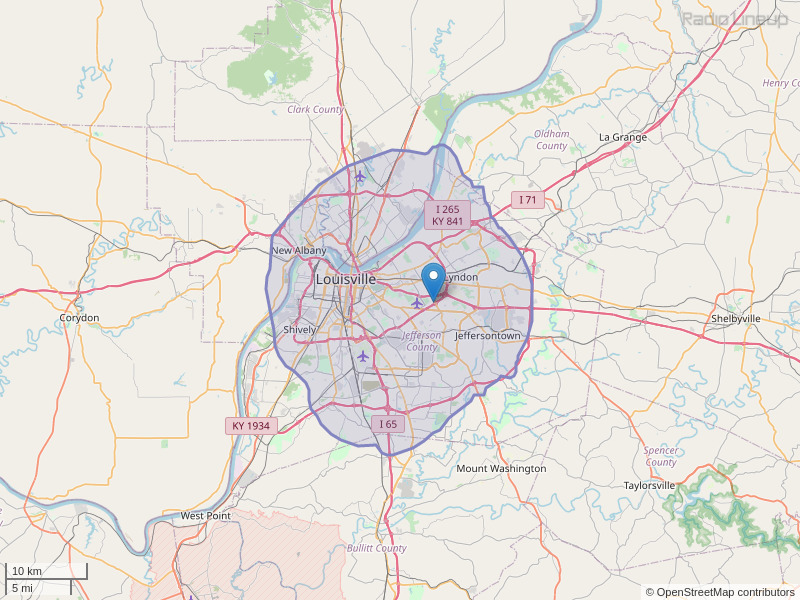 I listen to you'll comments and concerns this morning. One thing that was said, disrespect. Black on black crimes are growing sadly. I was seriously abuse; the black woman that commited the crimes was protected by the government. The government told me, I was craxy. However, I continue to turn to God. It is sad when the government use you for personal gain. Whenone black is discrimadated against it concerns all of as humans. It hurts the race first but it burns inside of all humans. It doesn't have to be my child or love one to cause serious dismay. I want to tell my story to education all especailly those like me. I trust in God. I am not afraid any longer. God give us all a choice. The child on the radio and think. God wants us to open our heart. Please call me at 245-0768 or email me at CatherineBaker5532@yahoo.com
By: Catherine Baker on April 3, 2011

There was a song bout 5yrs ago, my ship is coming in. Or it was the ocean. Was it by tavern davaughn
By: Henry Grady on November 27, 2013

What is the name of the new club that's being announce on the radio that is behind B-lot's off Preston. I live in the Fort Knox area and would like the address
By: Patricia Banks on February 28, 2014

This is my favorite radio station yall are always playing my favorite songs thanks
By: Sha on May 19, 2014

Hello Magic 101.3 I am a huge Maxwell fan and would love two tickets to the concert for me and my sister its been a rough 7 months for us we buried our mother in November and then turned around and buried our sister in may if u all could help us out on this this would be great Thank You Shauntae
By: Shenitha Gill on July 8, 2014

I WOULD LIKE TO KNOW WHY THE RECEPTION IS SO POOR I CANT GET IT IN MAJORITY OF MY HOUSE AND IN MY CAR AND I LOVE THE RADIO STATION RATHER THAN 96.5 AND THEY COME IN ANY WHERE....JUST CONCERN LIKE A WHOLE ALOT OLDER PEOPLE IS TALKING ABOUT THE RECEPTION IS SAD......I HOPE AND WISH THEY GET TOGETHER FOR THE OLDER ADULTS.....
By: Karen Boleyjack on August 31, 2014

don't make the the mistake by taking off TJMS YOU WILL CRASH AND BURN, STEVE HARVEY NOBODY CARES ABOUT HIS OPINION, WE WANT TO BE INFORMED ABOUT THINGS THAT ARE INFORMATIVE and important TO WHO WE ARE in the African American community DON'T NEED RELATIONSHIP INFORMATION!!!..keep that mess for daytime TV
By: darrell on March 2, 2015

I like Steve Harvey's TV talk show but his radio show is boring. PLEASE BRING THE TJMS BACK. This show fills my mornings with laughter. The TJMS will have you looking at driver in the next lane and giving each be other a high five thorough closed windows. BRING THEM BACK!!!!
By: Dolly on March 2, 2015

My god what have you guy's done with the TJMS you have lost a lister
By: edward r. young on March 3, 2015

Screw Steve Harvey don't want to hear about his opinions. Tom Joyner back!
By: kevin on March 4, 2015

I was so upset Monday morning! Steve Harvey Morning Show (if you can even call it that ) is horrible. I tried fluff 2 days and this show sounds low budget. He continually asks his co-host their location. TJMS was for everyone. I purchased a cd player/ radio for my office just so I could tune in. TMJS " Is the HARDEST WORKING MAN IN RADIO!" Whomever is making decisions on your end news to beg Tom to come back. Just call and apologize for being so darn foolish and making bad decisions. By the way I don't recall being asked if I wanted a change. 101.3 will NEVER AGAIN BE PLAYED IN MY CAR!!!!!!!!
By: ex-listener on March 4, 2015

I am a 65 year-old Black male and my wife and I relocated from Alaska to Kentucky in 2007. This week has be our first real disappointment witn Louisville with the Steve Harvey show replacing the TJMS. We have the upmost respect for Steve and his accomplishments. However, we're currently bombarded with enough buffoonish Reality Shows on television and to have this entertainment transition to radio, it's more than what we're interested in listening to on radio. We will be the first to admit that we're clueless to the business end of syndicated radio or television for that matter. Despite our lack of being informed about the business, it's clearly obvious that the listeners do not matter in these decisions. Well, we're all aware of that old cliche " TWO MONKEYS DON'T STOP THE SHOW". Do you thank good business practice would be to bring back the TJMS to Louisville. Two disgruntied ex-listeners.
By: J. Stallworth on March 4, 2015

I know longer listen to your station. PUT TJMS BACK ON!!!! DON'T TAKE HIM OFF AGAIN. YOU WILL LOOSE BUSINESS WHICH IS HOW YOU STAY IN BUSINESS. VERY POOR BUSINESS DECISION. KNOW ONE BUT GOD HIMSELF CAN TAKE TOM JOYNER'S PLACE ON THE RADIO.
By: Ex-listener on March 5, 2015

Unhappy listener. 101.3 used to be a station I enjoyed every morning until you removed the TJMS in the morning. I nolonger listen to your station. I'm sure our comments do not matter to you, the owner, nor the investors. I am simply one person with an opinion. I know my opinion is not relevant to you nor your station.
By: Linda Heartsfield on March 8, 2015

I you must clearly be going for ratings, to remove Tom Joyner Morning Show from your airways. This definitely was not a good move. Mr. Joyner and his crew are informative not to say the least. Mr. Harvey has made outstanding accomplishments in his turn around in life and that is to be celebrated. Mr. Joyner and his foundation is the reason many of our children are in college including my two grand daughters who will be graduating 2016. What could have been your reason for removing such a valuable entity to our community. Do you not realize that Kentucky State University has been the college of fund raising in the month of May. He would often visit our State for Derby week. Do you think he will continue this now that he is no longer on our airways. You need to rethink your programming. Will Mr. Harvey be raising money to keep Kentucky students at our only historically Black College/University here in Kentucky? I seriously doubt it. What about the overall picture? Consider returning Tom Joyner Morning Show to Magic 101.3 FM - missing Wobble Fridays!!!
By: Eula Somerville on March 9, 2015

I enjoy watching Steve Harvey on his Talk show and on Family Feud. That is enough. I was shocked to find him on the radio in place of TJMS!!! This will not work for me. I need to be informed and entertained. The first time I tuned in, I was insulted by the low brow conversation. I don't know what you were thinking to remove Tom Joyner so I will no longer be listening to your station. Obviously those of us 40 and over are no longer welcome.
By: Ann King on March 13, 2015

Just curious why What was this obvious business decision based on? I have absolutely nothing against Steve Harvey just prefer TJ in the morning. Now I listen to siriusXM radio
By: Brad on March 17, 2015

I also like Steve Harvey on TV...But rather have Tom Joyner on radio..I have only listened to 1/2 hr since TJMS not broadcast...
By: sishelia on March 18, 2015

If it is not broke don't fix it!!!!!! Bring back TJMS!!!!!! This radio station messed up a good thing. Why??????? Is the radio station struggling financially? The people of Louisville deserve to listen to TJMS!
By: Ginger on March 22, 2015

Please bring back the "Hardest Working Man in show Business" Tom Joyner. I like Steve Harvey on TV not on the radio. You 103.3 has lost another listener good bye.
By: Margie on March 26, 2015

I hate Steve Harvey on the radio!Please bring back TJMS!
By: Lisa j on April 2, 2015

PLEASEEEE bring the Tom Joyner Morning Show back. This show made my day. It kept black people informed about issues that concerned us. It also let us know about the great things happening around the country that African-Americans are doing. Steve Harvey is not making the grade.
By: Wilma Sadler-Morton on April 7, 2015

I like Steve Harvey, but his morning show is not kid friendly. I drop off my grandchild for school in the mornings and have to listen to another station because of his harsh language. The TJMS was more educational, had better guest, and was much funnier. My vote is for the Tom Joyner show to return.
By: Connie on May 11, 2015

I am thoroughly disappointed that you have chosen to replace the Tom Joyner Morning Show with the Steve Harvey Show; I believe that you all have forgotten who your audience is at that time of day (forgotten who brought you to the dance) so to speak. I know that Steve Harvey is the latest social media darling right now, but now and in the past Tom Joyner has done so much good for the African American Community that to replace him with another program is the ultimate disrespect to him, and for me personally, I will no longer tune into your morning broadcast. I have enjoyed listening to Tom for many years and have chosen to stream him on my phone rather than tune into Steve Harvey in the morning; nothing against Steve Harvey, but his particular type of entertainment is not appealing to me or any of my friends and family that I have discussed this with. I believe that the purchasing power of those of us who are in our 50s is significant, and that in the long run the loss of the revenue generated by this particular demographic will expose the flaw in your decision to disregard the devotion that over the years we have demonstrated.
By: Bill Payne on May 13, 2015

I really love your station. It's all I listen to now. I especially love the Steve Harvey morning show. I have one suggestion. Please say the name of the song and who sings it, at least once in a while. There's a who;e lot of music I would buy that I hear on your station, but I have no idea what or who it is. Thanks.
By: Nancy Nowlin on June 21, 2015

PLEASE bring back the TJMS!! I stopped listening to your station because he was replaced. I intend to purchase Sirius radio just so I can listen to him again! BIG MISTAKE, BRING HIM BACK!
By: Andrea on September 10, 2015

I'm new to the Ville. What nightclubs does your station advertise?
By: Terence Howard on June 27, 2017

Good evening, I am interested in visiting Louisville for the the Kentucky Derby in maybe for 2021, for sure in 2022. I am not to interested in the horse race itself but the parties outside the derby. I love Southern Soul and R&B music. I want to put on my Seersucker suit with nice straw hat and momma with a fly dress and hat to match and have fun. Are there any events going like that that the radio station promote or private promoters do and sell tables or tickets to?
By: Kim Branch on February 21, 2021