WNIC is an FM radio station broadcasting at 100.3 MHz. The station is licensed to Dearborn, MI and is part of the Detroit, MI radio market. The station broadcasts Hot AC music programming and goes by the name "100.3 WNIC" on the air with the slogan "Detroit's Variety - 80's 90's & Today". WNIC is owned by iHeartMedia.

History:
In December 2010 the station became Fresh 100.3 and went from Adult Contemporary music to a Hot AC format. 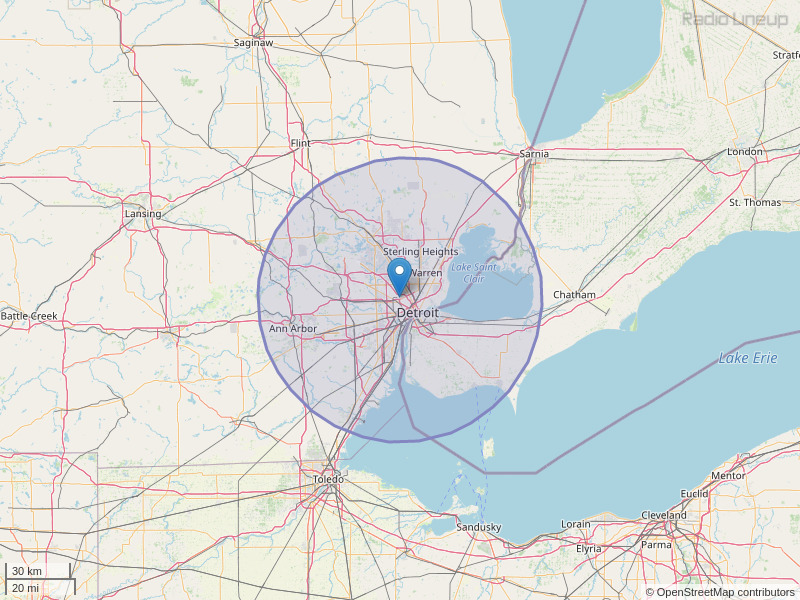 I would like to comment on the cocktail waitress issues. It is very unfortunate that we live in a disposable world that not only is our material things are throw aways we are doing the same to people. What happened to the days where a 50 year old person was well seasoned and one hell of a worker.
By: Shelley on April 7, 2011

I really enjoy your station, listen all day. Wondering why you haven't been playing that great song I Still Believe In Us???? It is such a great song, you were playing it regularly - but now I haven't heard it for a long time....Please play it again
By: Carol Schoendorf on August 13, 2012

Very disappointed that you played the same five Christmas songs over and over again. I never heard the Bruce Springsteen tune once. Please bring out more songs for next year because some people listen all day and hearing the same five songs gets lame real fast.
By: Lisa on December 25, 2012

Hi, I would like to know what is your song submission policy? I have a CD entitled " I Saw Two Rainbows In The Sky." How can I submit a free copy to your radio station? My CD is on iTunes. My most requested songs are " It's All About You" and "Sing Luther Sing." Please let me know if you can help me out. Thank you, Dadisi www.poetdadisi.com
By: Dadisi Netifnet on March 17, 2015

We love the Christmas music but have noticed that there are almost no religious Christmas Carols being played by you. I have heard 2 since you began playing Christmas music exclusively.
By: Lynn Thomas on November 30, 2017

Hi i love this station especially at christmas but i would like to know why the only song you play by carrieunderwood is befor he cheats nothing else by that. Artist.
By: John barrett on January 23, 2019

Hey, I moved to Utah and I'm soooo happy that I can still listen to my favorite Motown station!!
By: Patti on January 30, 2019

Plays same songs ovet not too! Many Afro American Christmas music like Temptations Diana Ross the Jackson's mix em up a little
By: Laurie. Freeman on October 29, 2019

Love the radio personalities (especially the morning crew and when they’re solo on weekends) and weekday midday host Theresa Lucas! BUT (yes it’s a big but) the main issue is the same songs being played over and over every few hours (this holds true as well for Christmas music, good thing I don’t celebrate that holiday bc much of the Christmas music I hear played is trash :frustration face:). Most of the time these days I only listen for the lunch hour (especially when my request is accepted and scheduled to be played) or on limited weekends where they play a good variety of 80s. I really wish this station would play much more 80s aside weekdays at noon and 8PM. I’ve been listening to WNIC since early January of this year (coincidentally, weeks before my spring semester at Stony Brook started) and have been noticing a lot of times the same songs being played. If this problem doesn’t get fixed anytime soon, I’ll permanently be listening only during the above particular times mentioned.
By: Johnluke on October 17, 2021