WQOX is an FM non-commercial radio station broadcasting at 88.5 MHz. The station is licensed to Memphis, TN and is part of that radio market. 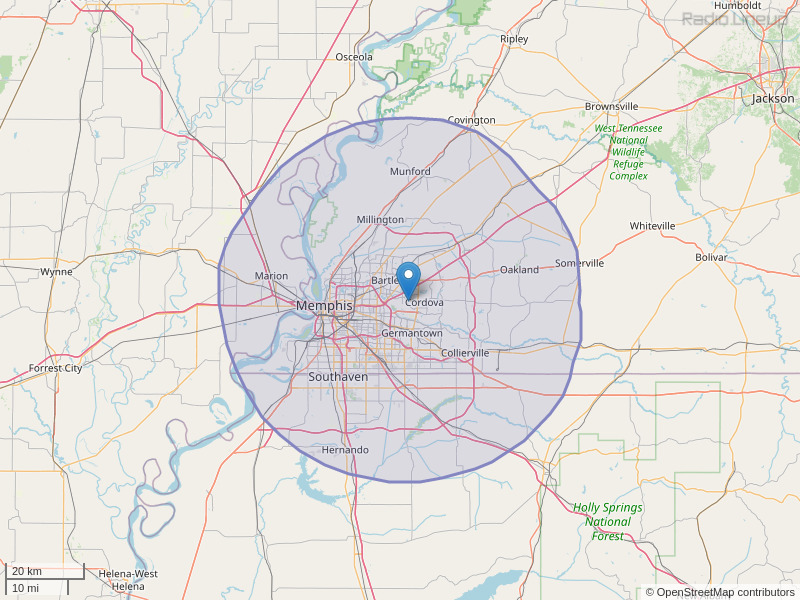 Hello my name is Shannon Jones, and I there is a song. I have been hearing and love on 88.5 Smooth Jazz. And I know who plays it. The chorus is: La di la da Don't Ever Go Away. If you know the song please email it to me. Thank you.
By: Shannon Jones on May 13, 2013

Where can I go to see your music playlist? There are songs that your station plays daily I would love to add to my collection but you rarely say who the artist is or the song title. PLEASE let me know. Thanks
By: Chris on May 6, 2016

I heard a song tonight, (Tuesday, March 28th) it was almost 8:00 p.m. The name of the song or the artist was not given. The only part of the song I can remember was something like "keep moving, or just keep moving and I think a man & woman was singing. It has a sort of jazz sound. please help....
By: Therese Wright on March 29, 2017

I enjoyed the Jazz you play but you keep the songs in rotation too often and too long. Every Sunday I listen to the Jazz and I hear the same old songs for seems like over a year now. You're the best and alternative music but give us some variety thank you
By: Robert Hackney on June 11, 2017

Where can I get a list of the songs that you play on sunday morning Jass fest? And, if I had a digital radio would the titles appear? Any information that you can supply would be great! Thanks! Denise
By: Denise on September 3, 2017

Do you ever play independent artist like Jarren Blair young sing song writer a TN resident?
By: Devon Wright on November 19, 2017

It was playing recently,It call a stories, I listen to Voice of SCS on Sunday That Jazz song Play by Jonathan Butlers lady sing 🎤 with him what is name of song, also song play 11:35pm song sang oh oh I like to know name of that jazz song.
By: Nadolyn on February 14, 2022