WVBW is an FM radio station broadcasting at 92.9 MHz. The station is licensed to Suffolk, VA and is part of the Norfolk-Virginia Beach, VA radio market. The station broadcasts Adult Contemporary music programming and goes by the name "92.9 The Wave" on the air. WVBW is owned by Max Media. 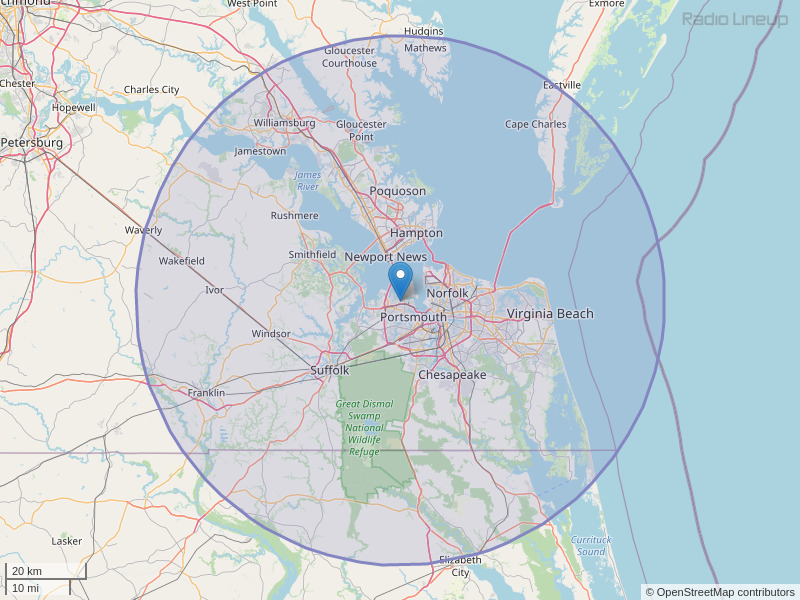 i am going to cleveland ohio for the summer. is there a radio staion in cleveland on the east side that plays songs using a play set format similar to my WAVE WVBW 92.9 here in hampton roads? thank you.
By: robin on June 21, 2014

6-30-2015 I WAS LISTENING TO WAV 92.9 YESTERDAY WHEN THE MORNING DJ's WERE TALKING ABOUT DONALD TRUMP AND THEY SAID HE WAS AN IDIOT BECAUSE OF HIS LAWSUIT WITH UNIVISION, AND WHAT HE SAID IN REFERENCE TO COMMENTS ABOUT THE BORDER AND MEXICO. APPARENTLY THEY HAVE NEVER BEEN IN ANOTHER PART OF THE USA TO KNOW THE REAL DEAL, AND HE SPOKE THE TRUTH. I COULD NOT BELIEVE THE BIAS I HEARD, AND IMMEDIATELY CHANGED THE STATION TO SOMETHING ELSE. I WILL NOT LISTEN TO THIS RADIO STATION ANYMORE AND I AM GOING TO TELL EVERYONE I KNOW IN THE MILITARY HOW BIAS THIS STATION IS. THE IRONIC THING IS THAT DONALD TRUMP TOLD THE TRUTH. GOODBYE WAV 92.9
By: Anonymous on July 1, 2015

I started listening to 92.9 a few years ago because I finally found a station that played oldies. In the last few months I’ve noticed all kinds of songs that I’m not familiar with and don’t like! So unless you change back to the oldies I, along with a lot of my friends, will be removing 92.9 from a station that we listen! This ‘new’ music you are playing really SUCKS!! Do you care about what your listeners want to hear or just make choices based on what YOU want US to hear??! Not gonna happen!! I find it hard to believe that Dick Lamb chooses to be a part of this as well!’
By: Becky on January 3, 2019

Please stop playing Michael Jackson. I think there is more than enough evidence to support the claims of his many victims. Every time I hear a song by him, I wonder what this song sounds like to those he molested. The most recent song that I heard you play was Bad. Just makes my skin crawl. Otherwise, I LOVE your station. Thanks. Michelle
By: Michelle A. Thomas-Cagney on July 19, 2019