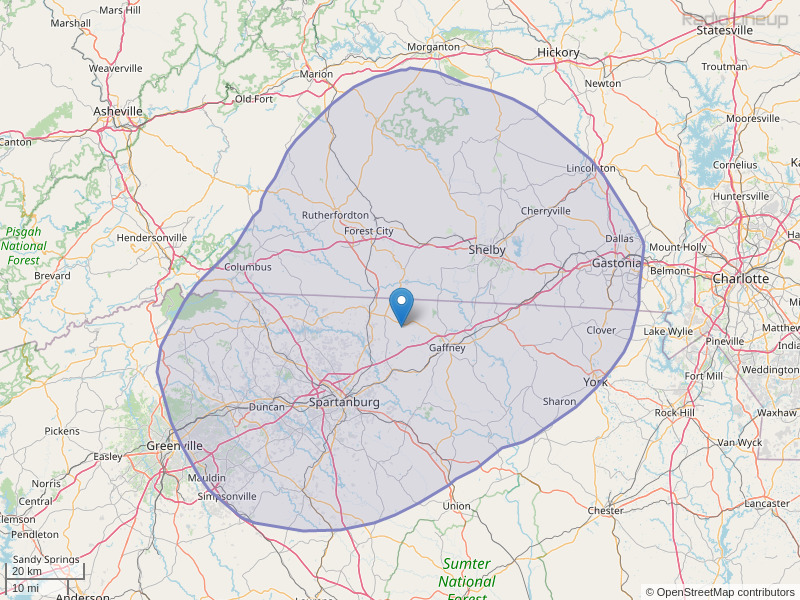 Me and my husband just want to thank BBN for giving the upstate an awesome Christian radio station! We love to listen to it all day long. Thankyou and God bless your work
By: Nadia Shtanko on January 23, 2012

We listen to Ravi Z going to church on Sunday morning and to Irwin Lutzer coming home. Recently, the station has been inteferred with by another station and we can't hear the broadcasts from 91.1. Is this just us or have you heard about this problem with others. Thx Sam and Jackie Kiser
By: Sam Kiser on November 3, 2013

Dear WYFG, We would love to have WYFG onboard this year. Can you help us get the word to your audience that the Projecting Hope Film Festival is coming to Charlotte in October 2014? Free faith-based and family friendly films for three days designed to Inspire, Uplift and Encourage. The website is www.ProjectingHopeCharlotte.com. Our Facebook page is www.facebook.com/ProjectingHopeCharlotte Please let me know your thoughts. Send me an email so I can get you more details. Thanks WYFG, Michael (Mike) Sexton 803-448-9177
By: Mike Sexton on January 14, 2014

Altrusa of Fayetteville will host a 22 annual "Trade-a-Book", April 5, 10am-4pm, NWA Mall. CHILDREN --- you can bring in any old book(s) and exchange for a new book(s). Our goal is for every child have a book(s) at home. If you do not have a book, allow us the honor of giving you your first book to begin to build your home library. Bring one of your favorites from home and one of our storytellers will read it to you. Rosemary Rogers, email: AltrusaFayetteville@cox.net, 479-790-0845
By: Rosemary Rogers on March 22, 2014

Greetings. The PTA of the Martin Luther King Jr. Middle School, located at 500 Bilmark Avenue, Charlotte, NC is hosting a Fish Fry and Yard Sale along with a Father/Son Basketball Tournament on April 18, 2015 from 11:00am to 1:00pm. (Hidden Valley Neighborhood) It is Open to the community and we are looking for community sponsorship and support. All support is welcomed, including Celebrity Appearances, DJ and music support, advertising the event to the community, any thing we can give away for door prizes and tax-deductible cash donations. Funds go to support educational advancement of our students. Your support is much needed and much appreciated .We would love to have you be a part of this awesome community event. For additional information please contact Robin Brown@robinebrown@cms.k12.nc.us or call 704-606-0087. Thank you.
By: Anonymous on March 28, 2015

Can you send me a contact email so I can send updates from SC Works regarding upcoming news and events for Cherokee county?
By: JL on September 23, 2016

Can someone tell me what time Dr.Jay Vernon McGee comes on Sunday Mornings
By: Crystal Williams on November 6, 2016

Great station.....this morning early Saturday 12-17-16 around 545---/610am was a song that was sung by a male about Jesus walking to Calvary and the pain and suffering knowing one day you would need a friend..... the ending was the words Jesus died. I would love it if you could give me the title and name of who it is please thanks Dennis
By: Dennis on December 17, 2016

What group sang "Confession" at about 7:57 pm on Sunday 3/25/18. I would like to get that. The words to "Confession" were written by John MacArthur and I was in his church and choir in California when it was originally done. Last nights was a beautiful arrangement.
By: Nancy Lewis on March 26, 2018

This radio station has kept me grounded in my faith for many years. For the past week to ten days I've been unable to pick it up on my car radio or on the radio in my home. Can you email me an explanation please as I am lost without it. I live in Taylors SC
By: margie white on May 21, 2019

Today Nov. 9th,22 a lady Speaker was on the radio. Her name was Sonia that’s all I know. She had a WONDERFUL MESSAGE! I would like to know if she has a page I can find her , please. I would love to hear more from of her sermons. Thanks!
By: Etta on November 9, 2022