WZZO is an FM radio station broadcasting at 95.1 MHz. The station is licensed to Bethlehem, PA and is part of the Allentown, PA radio market. The station broadcasts Rock music programming and goes by the name "95.1 ZZO" on the air with the slogan "The Valley's Rock Station". WZZO is owned by iHeartMedia. 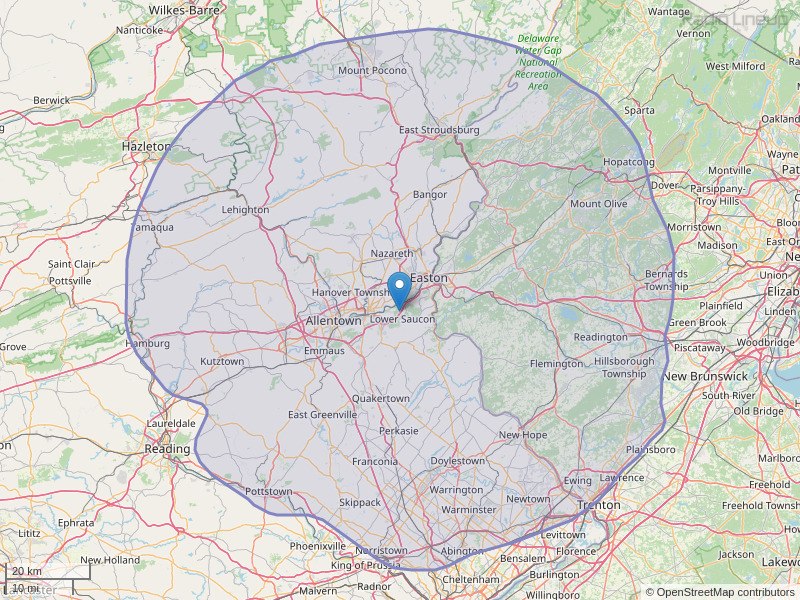 this station plays 2 doors songs/riders and break on through you play no deep purple/you used to/no stones no cream no asia you used to play deep cuts by the doors/peace frog/the changeling/highway star/deep purple/what is with all the puddle of frickin mudd?/is there a new program director?/wmmr had the same problem years ago/you are too predictable! get back to the way you were.
By: jim on April 23, 2012

bear man & keith - don"t ya think that ANYBODY that gets interviewed on TV or radio should have to pass the UH game ? just wondering ....
By: brian taylor on June 11, 2017

I like listening to your music but you're bearman and Keith show too much sex it makes me feel uncomfortable I spoke to a lot of other people they feel the same way very inappropriate for a business I listen to other radio stations I do not hear any type of sexuality on any other radio stations that I listen to you need to take care of this problem or your be losing listeners thank you have a nice day
By: Anonymous on January 25, 2018

Bear man & Keith--not good, finish the funny--way over the top. Not using this station anymore for the morning alarm with the sexual contents.
By: Anonymous on April 4, 2018

I used to listen to Bearman and Keith every morning. This new Rover show sucks. Find some local talent I want to hear about local things going on no crap from Ohio.
By: Anonymous on April 19, 2019

You actually had a conversation on your show this morning validating that women not only deserve less pay but they should get paid more but if they are sexually harassed. And then you followed up by saying that you wouldn't be insulted being harassed at work and would actually like it and find it a compliment if someone came in and told you (a man) you have a great ass. And the female radio host followed up with "well you don't have an ass." This is absolutely horrific that you are validating (and don't justify it as a joke, if that's even what you intended) and educating people, plus the younger generations who are also listening, that this is acceptable. Having a casual work place is one thing but this is IN NO WAY SHAPE OR FORM THE SAME THING. NOT AT ALL. Get your egotistical and poisonous guests and host off the radio.
By: Disgusted on May 29, 2019

Get rid of Rover morning glory on wzzo I never tune in to zzo at anytime during the day I am now 99.9 the hawk
By: Dave tworkowsky on June 5, 2019

To the two little fellas who host the morning show, who seem to have a serious resentment toward women - you boys need to buy a little fort, set it up in your mom's yards, and put up a sign that says "No Girlz Allowed." You dudes are such fools and should try harder to control your jealousy and resentment. Your comment this morning about how the female cop who cried at a McDonald's drive-through must have had PMS, was juvenile and pathetic. Most women don't have it, and consequently, at that time of the month, most women have an increased libido which presents a challenge morons like you are afraid to face, since you lack the ability to rise to any challenge without popping a pill. By the way, men have less testosterone than any time in recorded history. Maybe that's the reason you're so hysterically out of sorts.
By: Laurie DiMarco on June 19, 2020

Sorry to say, but Rover has either gotta change or go. Too much over the top. It sounds like a really bad imitation of Howard Stern (which was pretty pathetic to begin with). Catering to the low end... the lowest common denominator... shows little imagination. It's not all about big pipes. How about some meaningful content and relatability? BTW - this is written by a broadcaster in the Houston market with 48 years on the air experience.
By: remote listener in Houston texas on July 17, 2020